It's safe for scientists to raise some heck when it comes to climate change. - Grist 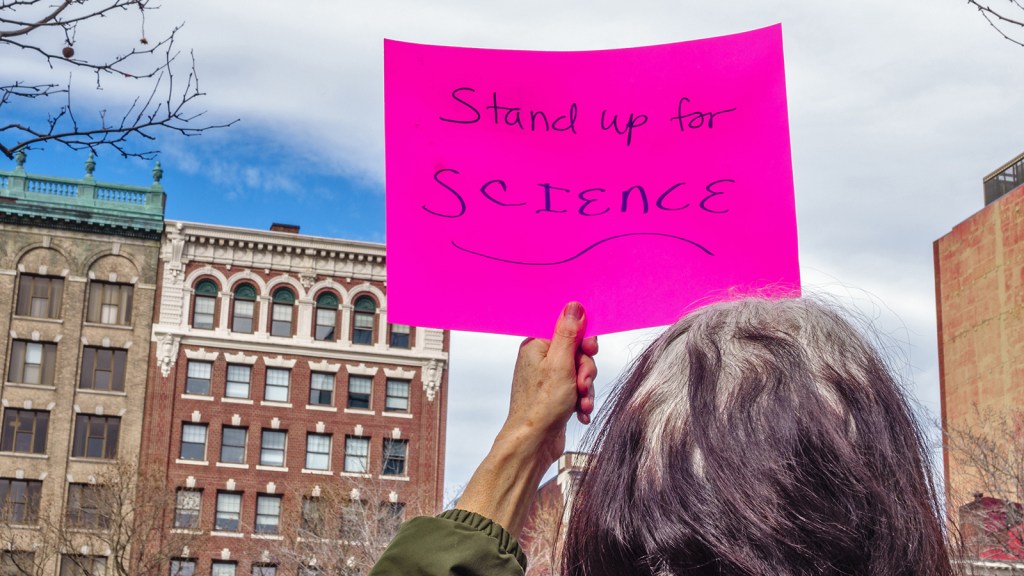 It’s safe for scientists to raise some heck when it comes to climate change.

Researchers strive to be unbiased observers. For them, keeping opinions private comes as second nature. But a recent study suggests that taking a strong stance on global warming won’t hurt their cred with the public.

Facebook posts, specifically, appear to be safe territory, according to the study published in the journal Environmental Communication. Some 1,200 public participants said they wouldn’t lose any esteem for a scientist who posted about climate change on Facebook. That includes updates on new climate science, and most opinions about policy. Just be wary of pushing for nuclear power plants — you’ll lose credibility points for that one, the study found.

That’s heartening news. Especially when credible science points in a very scary direction, and the political party in charge has made its stance clear.

Scientists are the best-informed citizens on our end-all-be-all problem. And they’re taking action, raising hell over anti-science and anti-environment policies and planning a march on Washington this Earth Day. The way things are going, Earth could certainly use the help.

Amy McDermott
Robots are raising your kale now.
Trump is coming for your clean water.