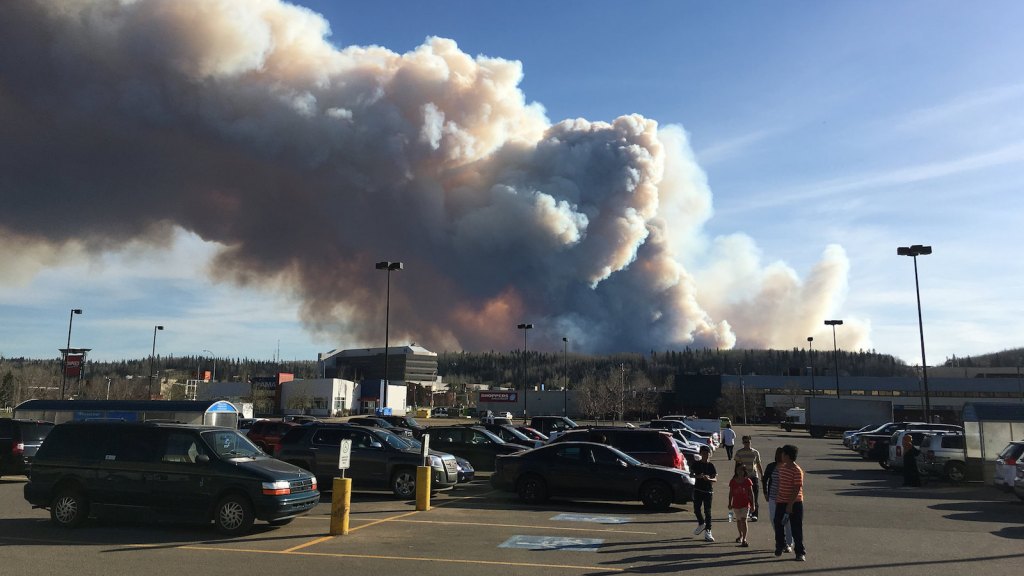 4 reasons Alberta’s wildfire is such a nightmare

Officials say the massive wildfire raging across Canada’s oil capital of Alberta will take months to extinguish. The fire has already destroyed 24,000 buildings in Fort McMurray and forced nearly 90,000 people to flee their homes, but what’s making it so hard to control?

It seems the “perfect storm” trope is appropriate here. Or, as Slate’s Eric Holthaus wrote, there’s a “messy mix of factors” behind the fire:

If there’s one thing that didn’t cause this fire, it’s karma. Seriously, why would anyone gloat that an oil town in tar sands country is getting leveled by a climate-induced disaster? As The New Yorker’s Elizabeth Kolbert notes, “we’ve all contributed to the latest inferno” because we all guzzle oil, not to mention gas and coal.

The irony is while entire communities have been destroyed by the fire, oil sands and energy facilities have remained pretty much intact.