Last month, Kansas City, Mo. shocked the nation by launching an ambitious plan to install over 1,000 electric vehicle charging stations within its city limits, leaving traditional EV-lovers on the coast in a cloud of carbon monoxide-free dust. Kansas City’s plan will increase its public charging stations by 2,400 percent, up from 40 stations that are currently available.

Just to put this news into perspective: There are only 9,019 registered public electric charging stations in the entire country — and most EV-friendly cities are located in the Pacific Northwest, in California, and on the East Coast — y’know, all the regions you’d most expect to have a fleet of matching sea foam green Nissan Leafs lined up neatly in the co-op parking lot. But while we still tip our hats to California, the state currently operates 2,000 public charging stations, a number that is now shadowed by one city’s plan to install half as many. For perspective: California has one station for every 19,000 residents, whereas Kansas City would have one per 467.

Kansas City’s move toward emissions reductions left us wondering what other electric vehicle meccas are out there in the oft-overlooked Midwestern states. We found a number of powerhouse cities that are quietly leading the charge for plug-in autos, and whittled them down to a list of four other surprising EVtopias: 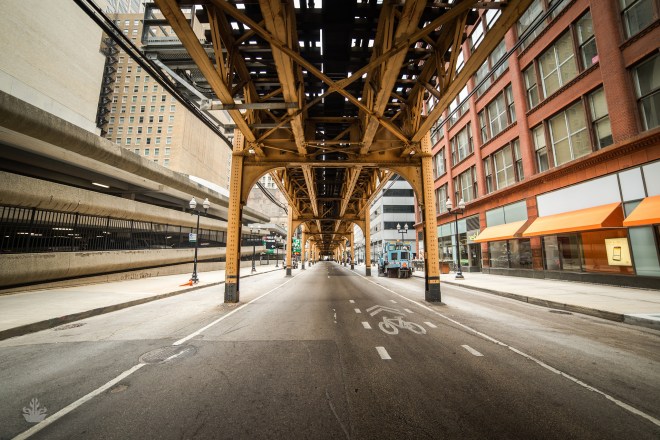 1.  Starting first with the Second City, Chicago, and the surrounding area: In November, Governor Pat Quinn announced a plan to invest $1 million in a network of charging stations along Illinois’ famous Route 66. Governor Quinn, along with a number of local government leaders, want to make the Illinois portion of the storied highway into an “Electric Corridor,” between Lake Michigan and the Mississippi River. They’re installing seven charging stations to be finished by the summer of 2015. Imagine taking to the open road with your best friend in an bright red electric convertible — zooming down Route 66, stopping to charge up the beast while you survey the beauty of the wide-open plains. It’s like a 21st century Thelma and Louise, but hopefully with a happier ending. 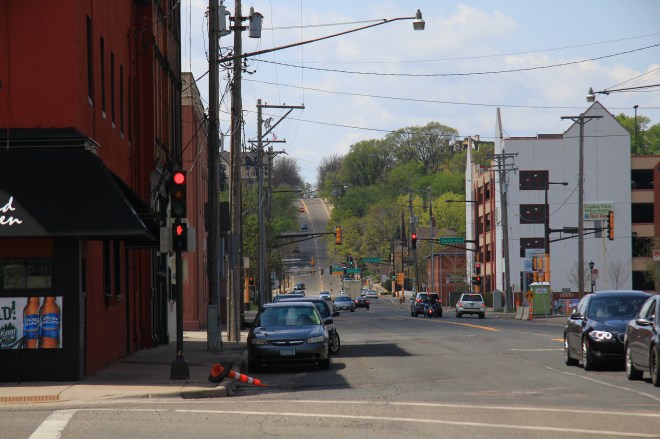 2. In a move the Pope would be proud of, St. Paul, Minn. recently committed to “be a leader in the deployment of electric vehicles” by planning to reduce the city’s CO2 emissions by 2020. The city has already installed 23 public electric charging stations, and is moving toward installing additional stations. In St. Paul’s twin city, Minneapolis, there are currently 39 charging stations in downtown parking ramps. The state is already home to more than 2,000 electric vehicle owners, so charging stations in higher demand. Looks like all those above-average children in Lake Wobegon are making the right decisions about car ownership. 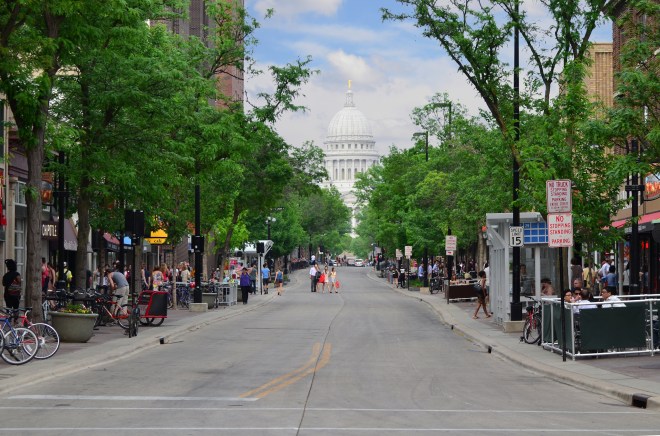 3. Madison, Wisc. is home to more than cheese-headed football fans and spirited debates among liberal-minded college students — the city currently has 27 public charging stations and is on track to reduce Wisconsin’s oil consumption by 1,773,492 gallons per year with the implementation of plug-in vehicles. The stations were funded with the help of a $5.5 million stimulus grant from the U.S. Department of Energy back in 2009. Onward, Wisconsin! 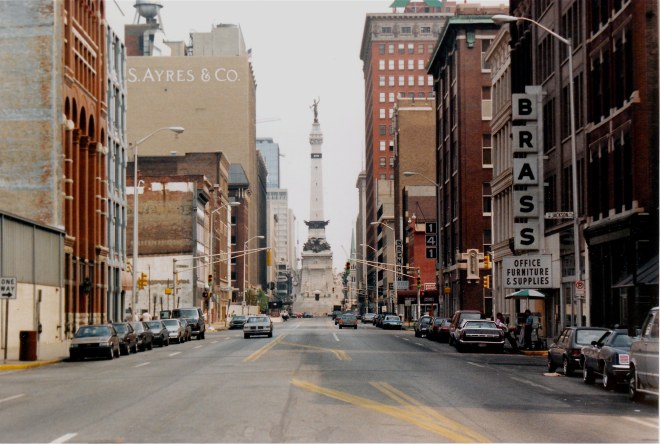 4. Last but not least, we give you the alliterative wonder that is Indianapolis, Ind. Mayor Greg Ballard announced a plan to gift the city a “Freedom Fleet” of 425 energy efficient plug-in sedans by 2016. The vehicles will cost approximately $32 million, but will save the city an estimated 2.2 million gallons of gas over the next decade. In addition, the city’s car-sharing program will — with the help of French ride-sharing experts The Bolloré Group — provide 1,000 plug-in cars at sites across the city, which residents can rent for as little as 15 minutes. But hey, as the home of the Indy 500, we’re not surprised that this city is zooming ahead in the national race towards carbon reductions.

So, Midwest, we’re pretty damn pumped for you — even if the gas stations won’t be.

Was 2014 really the hottest? Here’s why it doesn’t matter