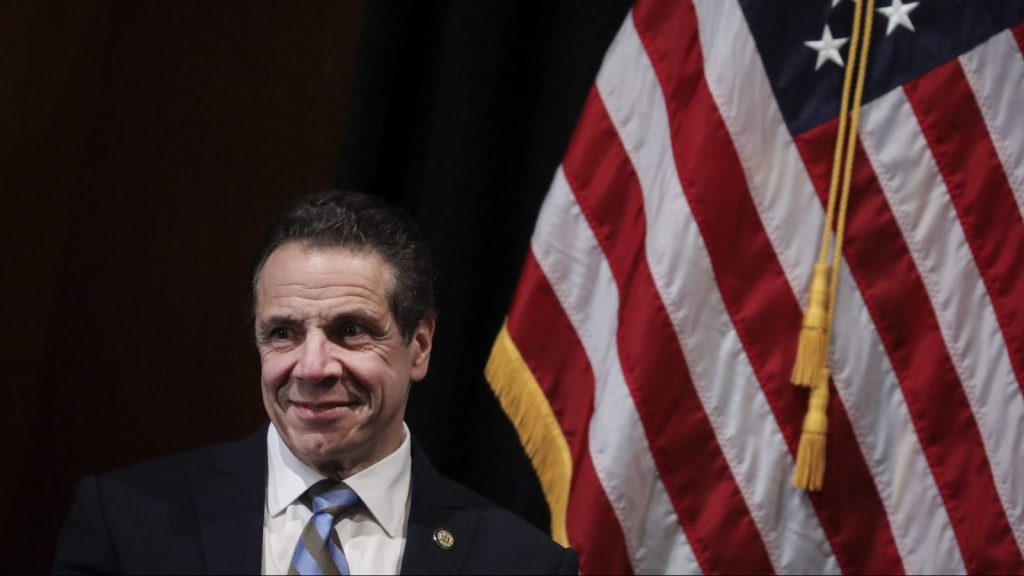 Anyone watching the climate bill negotiations in Albany this week could be suffering some whiplash.

On Monday, it seemed that New York state lawmakers had reached a deal with grassroots groups on the Climate and Community Protection Act, the Empire state’s long-suffering piece of climate legislation which has been called a precursor to the national Green New Deal. But on Tuesday morning, just one day before lawmakers are set to vote on the measure, yet another version of the bill emerged striking some of the original social justice and labor provisions.

Governor Andrew Cuomo announced the altered bill under a new name: The Climate Leadership and Community Protection Act. The name is a mashup of the CCPA and an alternative state climate plan Cuomo proposed earlier this year. The new version of the bill remains ambitious on climate but drops some of the measures that advocates for working class and climate-vulnerable communities had pushed for. That leaves it looking less like the federal Green New Deal, which includes job creation in low-income, climate-vulnerable, and people-of-color communities as one of its main tenets.

Despite the changes, grassroots groups remain supportive of the new version of the bill, though they have toned down their enthusiasm compared to earlier in the week.

“On climate, we won the strongest emissions reduction standards in the country in the face of immense resistance from the powers that seek to preserve the status quo,” said New York Renews, the statewide coalition of more than 180 advocacy groups that have pushed for the Climate and Community Protection Act since its inception, in a statement Tuesday. “On climate justice and labor justice, we pledge to continue the fight for New Yorkers to win and maintain true investment in low-income and black and brown communities that too often bear the brunt of the climate crisis.”

To start from the beginning of this week’s shenanigans, here are some of the broad strokes that were initially included in Sunday’s now-defunct bill: a goal of cutting 85 percent of the state’s greenhouse gas emissions by 2050 (while allowing the remaining 15 percent of planet-heating gases to be captured or offset) and a mandate for least 35 percent of the state’s clean energy funds to be spent in “disadvantaged” communities throughout the state. While these goals surpassed any other state’s environmental justice commitments, they already represented a compromise for grassroots groups, which had pushed for 40 percent of funds and eliminating 100 percent of greenhouse gas emissions in the state.

Now for the changes (as of Tuesday afternoon): 35 percent is still the mandated threshold earmarked in the bill for disadvantaged communities, but with slightly tweaked wording. Instead of the 35 percent referring to all clean energy funds, the new bill requires “no less than thirty-five percent of the overall benefits of spending on clean energy and energy efficiency programs, projects or investments.” The new wonky language makes it unclear just how much cash will actually flow into those disadvantaged communities. The new outline also stipulates that the 35 percent requirement wouldn’t alter pre-existing government contracts or any funding that’s already been committed.

The new bill also cuts provisions aimed at creating jobs with stricter labor standards and greater worker protections. The original Climate and Community Protection Act included stipulations intended to provide a safety net for displaced fossil fuel workers and ensure fair wages for workers building the resulting renewable energy sector. It also included apprenticeship and workforce development programs and rules that would have required contractors to establish mechanisms for resolving labor disputes. The new bill no longer contains a section on jobs and workers, save for a line stipulating that the state’s prevailing wage law must be followed.

Losing the language on labor is significant, particularly if New York’s landmark climate act is, as some pundits have suggested, a blueprint for a federal Green New Deal. The national resolution is currently built on the three-legged foundation of climate action, job creation, and empowering communities that have faced environmental injustice. These 11th-hour changes could indicate a tough battle ahead for any other pieces of climate legislation looking to enact sweeping changes across multiple sectors.

“Sometimes as happens in these battles under cover of night, things get slipped in through the cracks that are not what we had wanted to see,” said Adrien Salazar, a campaign strategist at progressive think tank Demos and a 2019 Grist Fixer. Demos has been instrumental in shaping both the Climate and Community Protection Act and the Green New Deal.

“The equity components are the pieces that appear to have been weakened the most,” Salazar said. “We’re very concerned about that.”

Cuomo’s office declined to provide comment on the record to Grist but pointed to an interview the governor did on Tuesday morning with Susan Arbetter on The Capitol Pressroom radio program. “I think [the new bill] is a comprehensive package, I think it’s nation-leading. I think they should pass it,” Cuomo told Arbetter. She asked Cuomo about rumors that labor standards were cut from the climate package because of another pending bill focused on prevailing wages in the state. Cuomo declined to confirm but replied, “I support the labor movement and I believe people should have good paying jobs. We don’t want to hurt economic development in the meantime.”

As of now, some version of the climate bill still seems likely to pass in New York on Wednesday.

“If New York can pull it off, and understandably there will be mistakes made on the way and bumps on the road, then I think it’s tremendous,” said Nilda Mesa, director of the Urban Sustainability and Equity Planning Program at Columbia University’s Earth Institute. “It provides a terribly important model then for the rest of the U.S.”