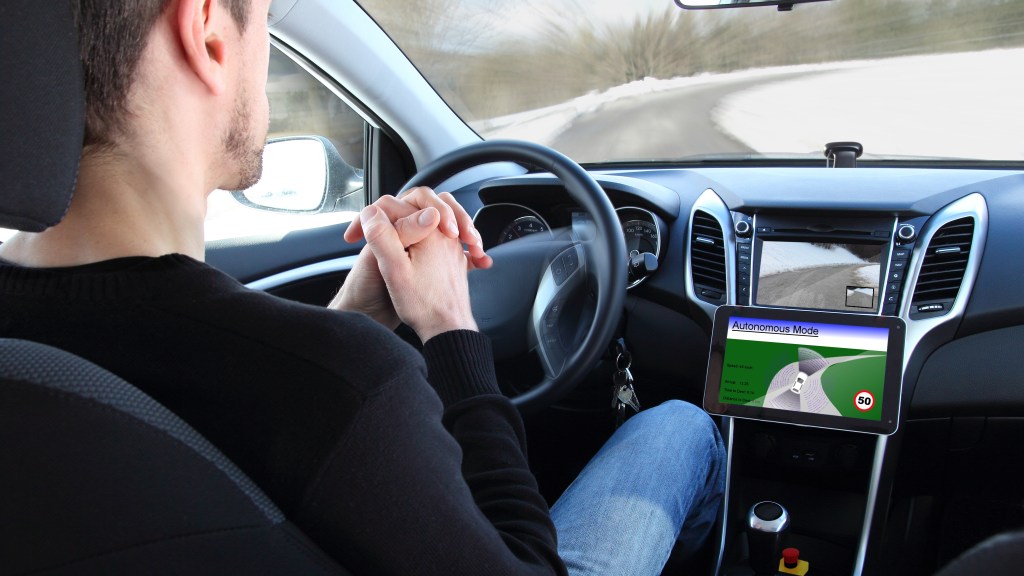 At least, this is what could happen if driverless cars take over our roads. And it’s a real possibility. From old-school car manufacturers like Ford and GM to new-school tech giants like Apple and Google, huge strides are being made in driverless technology. Experts predict driverless cars could hit the market within a decade with a little help from the U.S. government. As it happens, the Obama administration is proposing a $3.9 billion investment in autonomous vehicles over the next decade. Cool, right?? Who doesn’t want to take a little power nap behind the wheel? And think of the possibilities for drinking and driving!

There could be real environmental benefits as well. Popular Science reporter Dave Gershgorn writes that “if autonomous electric taxis were to replace everyone’s gas-powered, personal cars, we could see more than a 90 percent decrease in greenhouse gas emissions and almost 100 percent decrease in oil consumption from cars, all while saving money in the long run.”

But that’s a big if.

Despite the rise in popularity of “ride-sharing” apps like Uber and Lyft, Americans don’t actually like to share. You can see this every time there’s a near empty HOV lane on the highway while thousands of cars carry just a single occupant. Ever been to L.A.? You’re as likely to see two people in a car as you are to see Donald Trump acknowledge climate change. According to a 2013 survey, nearly 80 percent of Americans drive to work alone and less than 10 percent carpool. And I get it! Unless many, many more people decided to carpool, sharing a ride won’t cut down on your commute at all — but it will cut down on your alone time. The idea that Americans would actually give up their cars in favor of electric taxis — well, it just doesn’t seem very realistic.

Some experts agree. “There’s a uto­pi­an vis­ion of what this looks like, but there’s also a dysto­pi­an vis­ion,” Ro­land Hwang, dir­ect­or of the Nat­ur­al Re­sources De­fense Coun­cil’s trans­port­a­tion pro­gram, told National Journal reporter Jason Plautz. “There are clearly a lot of be­ne­fits as­so­ci­ated with this tech­no­logy, es­pe­cially if we har­ness it and push it in the right dir­ec­tion … But we could cre­ate situ­ations where we might un­der­mine our clean trans­port­a­tion sys­tems.”

Exactly. If all goes well, autonomous electric vehicles will be hugely efficient. They could be connected to each other as well as to transportation in­fra­struc­ture, cutting down on accidents and always taking the most efficient routes, as Plautz points out. Plus, shared driverless cars that continually move around cities picking up passengers and dropping them off could do wonders for our parking problems. But that doesn’t mean we’re going to get rid of our cars and start sharing all of a sudden. In fact, the opposite could happen: Electric vehicles could create a higher demand, not only increasing the number of cars on the road, but taxing our already overtaxed infrastructure even more. Plus single-passenger cars, even efficient EVs, are definitely not the most climate-friendly mode of transport.

There is, however, something else we could invest in: technology that is efficient, shared, and cheap for the consumer. And the best part is, it already exists! That’s right: I’m talking about humble old public transportation, where you can pop in your ear buds, ignore your fellow riders, and doze to your heart’s content — or at least until the end of the line. America’s leaders should consider this before investing too many of our tax dollars in technologies that will largely benefit private corporations. To make the future better, we might need to look around at what we’ve got.