Find your flock: A birder and a hiker talk race and equity in the outdoors 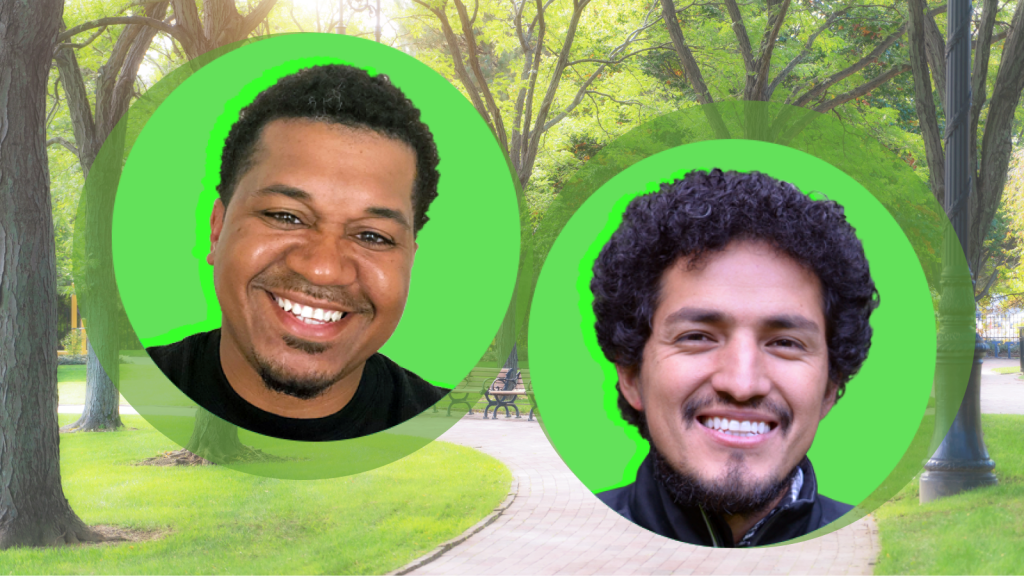 Find your flock: A birder and a hiker talk race and equity in the outdoors

Last week, we hosted an (awesome) Instagram live conversation between two Grist 50 Fixers, Jason Ward and José González, on equity in the outdoors. Ward hosts the podcast “Birds of North America,” and was one of the founders of this year’s inaugural Black Birders Week. González is an educator, conservation advocate, and the founder of Latino Outdoors. The two covered how they each got into the outdoors, barriers and risks they’ve faced over the years, and how they’ve both led work around creating safe, empowering environments for, well, the environment.

Below are some choice snippets from the conversation. We encourage you to watch the full video here.

The following excerpts have been edited for clarity and length.

Ward: When we’re talking about perceived barriers for communities of color to get into [outdoor] spaces, birding has a lot of those. What I find is that the gatekeepers or powers that be, when it comes to birding, don’t make it any easier for those barriers to be lifted.

Recently, there’s been a lot of conversation around some bird names — specifically, the ones who are named after old, white ornithologists that were around in the 1800s.

Ward: Exactly right! Confederate generals — good ol’ McCown. This Confederate general has a bird called the McCown’s longspur named after him. This is a simple concept: You change the name. You don’t have a bird named after a Confederate general. That is off-putting for some folks who want to learn a little bit more about birds and about birding. It’s just such a simple thing to change, that can have long-lasting impacts in a positive way. But there seems to be this old guard that just won’t let go of their traditionalist values there.

Time for a power shift in the outdoors

González: When we talk about equity, inclusion, diversity, or really just justice-oriented work, it’s an acknowledgment of two things: What power are you willing to give up right now? And what happens to you when you face that question? Are you reactionary? Are you afraid? Do you fight back? Or do you rethink the question, to say what power am I willing to share, to transition, to expand? And that all comes with a demographic inevitability that by 2042, 2045, 2050, the demographics and constituencies of this country are going to be much different than they were in 1950.

Many of these [outdoors and birding] spaces — physically, culturally, socially — were not designed with you or me in mind. It’s kind of like Dr. Carolyn Finney says, these spaces were not designed with me in mind. And so what happens with that shift? Because just as much as what power you are willing to give up, the flip to that is what power you’re willing to hold on to, such that you still cause harm to another.

The importance of affinity spaces

González: The growth of initiatives like Latino Conservation Week has been important, to be able to say, “What does it look like when we center the experience here?” It’s not being exclusive. The comments we sometimes get: “Latino Outdoors? Well, there’s no white outdoors!” And I’m like, say that again … slowly. It’s like saying, “Black Birders Week? Why isn’t there a white birders week?”

Ward: Bingo. We heard it.

González: Right. And that’s why we try to say, there’s a difference between having a focused conversation for inclusion, and then you thinking that’s an exclusive conversation for separation. That’s the power and the balancing of affinity spaces, and why they matter.

Ward: Absolutely. We launched the first official Black Birders Week in early June. That was really spurred after the events in Central Park with Christian Cooper, seeing that interaction with that dog walker. I know Christian personally. He’s a very strong, very confident kind of guy. So to hear his voice so shaky during that interaction, it keyed me into how precarious that situation was for him immediately. And I recognized it. I’ve also been birding somewhere where a police SUV was parked in the same parking lot, and I moved to a different location and it kind of slowly followed me. I’ve been in those environments before. And so we decided to shift the conversation in a more positive way. We wanted to shine a spotlight on Black birders across the country.

I started a group in April of 2019, called BlackAFinSTEM. The goal there was simply to provide a space for people who are Black in the science community to let their hair down and just be themselves, and not have to worry about eyes watching them at all times. And the incredible, talented individuals within that group decided that it was time to launch a Black Birders Week. I’d say in less than 48 hours, we had a full itinerary of events. We had special guests. We had so much going on. It beyond exceeded our expectations as far as the success that it would garner. So we hope to make that a yearly thing.

Disconnect from the drama, reconnect with the world

Ward: I think there’s power in just getting outside. There is a never-ending amount of wonder and learning that can happen once you’re out there and you’re able to disconnect from whatever drama is going on in your phone and reconnect with the world. I think that if anyone starts to develop and strengthen their relationship with nature and the outdoors, they’ll see that a lot of things become a lot easier and simpler for them as well. So get out there! Look up, look down, if that’s what you want to do. Find your flock.