How can I convince my parents to care about the climate? 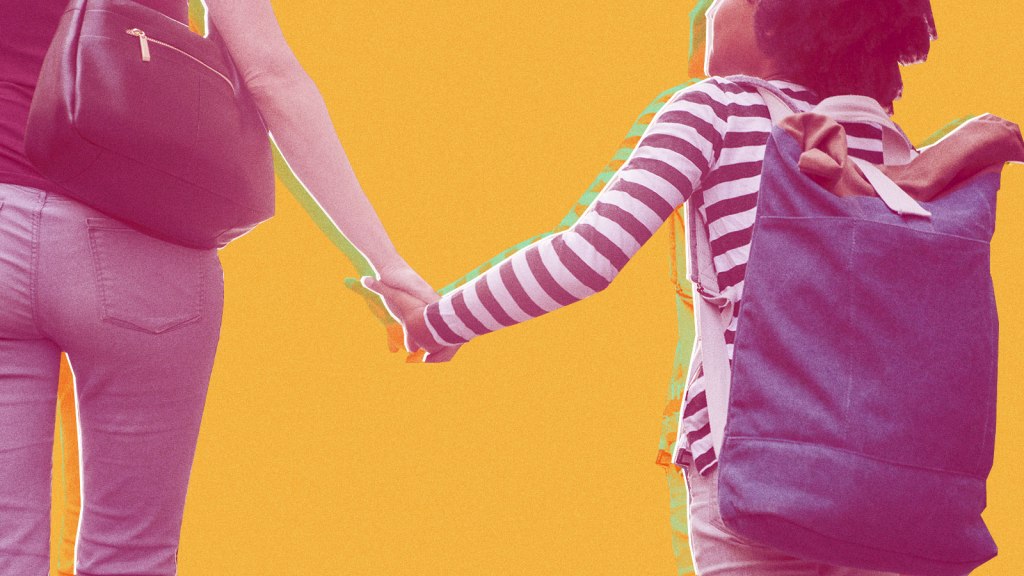 How can I convince my parents to care about the climate?

I was wondering how to convince your parents to care about climate change. I am 10 and just want to help the environment be healthy.

First, I just want to say that you are asking a question that I wish so many more people were asking! And not just kids — people of all ages! So I want to applaud you, BIJAK, for your precocious awareness of what it takes to build a movement around climate action: talking to the people in your life.

The point is, you’re never too young to be an influencer, and that DOESN’T have to refer to Instagram! One of the fastest and most lasting ways to form an interest in something new is through a relationship with someone who’s really passionate about that thing. When you get older, you might cultivate a deep love for Death Cab for Cutie, or hiking, or Balinese gamelan music, or like, squash (the sport or the vegetable), because you have a friend or a crush or a cousin who’s really into those things.

Caring about climate change and the environment is obviously a much more serious passion than any of these examples, as it has to do with the shared fate and potential demise of humanity. And you would think that urgency would make it easier to convince people that’s it’s a worthwhile way to spend your time and energy.

But climate change can be hard to understand in a different way than, say, the album Transatlanticism (look it up, it’s good), because not everyone relates climate change to what they see and feel every day. Granted, many, many people do — ask most anyone in Bangladesh, the Marshall Islands, or even Louisiana. But many Americans — at least for now — still have a hard time comprehending those kinds of abstract phenomena.

As one of the people who does get that climate change is here and worthy of our attention, you have your job cut out for you. Not only are there solutions to invent and politician to pester into action, when you’re as young as you are, you usually need your parents to support your goals — that is, unless you’ve acquired a fake driver’s license and your after-school job is particularly lucrative. But, even in the name of rescuing human civilization, I hesitate to advocate for identity fraud or tweens operating motor vehicles.

Lots and lots of people need someone who they trust and respect — and even love! — to translate climate change into their daily lives. I’m going to assume that your parents trust and respect and love you, which means that they’ll probably be eager to hear about your passions!

But be warned — the transition from “eager to hear about” to “willing to adopt and uphold” is hardly instant. This, you may be aghast to learn, isn’t just the case when you’re 10 years old. It can take a long time to convince your parents, or anyone else in your life, to share your interests!

Maybe you don’t feel that you have a long time (ahem, 2030). So, in the interest of putting together the most efficient plan of action possible, I asked a bunch of people of different ages what they did to change their parents’ minds on climate change.

I started my quest for the ultimate climate change pirate trap recipe by speaking with Haven Coleman, 12, who you might remember for being very small and challenging Colorado Representative Doug Lamborn to support clean energy initiatives and other climate policy. She’s one of the three youth co-leaders of the U.S. component of the international Youth Climate Strike that’s happening this week. On March 15, grade-school students will be marching out of school in cities across the country in protest of lack of meaningful climate action.

The whole point of that march is to get adults to sit up and pay attention to climate change and to get realistic about the kinds of policies that need to happen to limit its impact. It’s intended to get the attention of our government representatives, but also that of the adults who vote for them. The main advice that Coleman provided was to make it clear that fighting climate change is something you’re really excited about. That kind of kid enthusiasm is irresistible to parents!

“My mom saw how passionate I was from the get-go, and she wanted to do anything to fuel that passion,” she said. “I don’t think she really acknowledged climate change before I brought it up, and I think it was because I was enthusiastic about it. She wanted to help me. She said, ‘Let’s find out everything we can and let’s do something.”

Now before you start haranguing your elders, there’s another factor to consider: patience. “Figure out everything you need to know, then slowly immerse your parents into it,” recommends Coleman. “And then just bang! and talk to them about it. Maybe make a tiny speech.”

By “bang!” I think she means “make your point,” which would be something along the line of: “Support candidates who care about climate change, and push the ones who don’t care enough or I won’t have much of a world to live in.”

That’s a surprising request from a 10-year-old, but as the popularity of the Youth Climate March shows, it’s far from unheard-of.

Don’t give up. That was the theme of a whole slew of messages I got from Grist readers between the ages of 20 and 26 who had successfully influenced some climate-conscious behavior in their parents. As one reader put it: “[My parents] changed slowly after a lot of conversations and me refusing to stop bringing it up.”

There’s more than one entry point into environmentalism. Just because your parents don’t want to hear another word about the Green New Deal doesn’t mean they’re a lost cause. Try making connections between climate change and the things your parents care about (whether those happen to be local pollution, government hypocrisy, or libertarian ideals of energy independence) to help build your case.

One 20-something I spoke to said he convinced his dad — part of a family of butchers and beef farmers — to speak out against industrial meat after many conversations about methane and land use. Even if your eco-friendly adjustments start small and individually oriented, they may soon blossom into a new, greener way to look at climate action on the societal level.

As I’ve written about more in detail on several different occasions — awareness of the climate impact of lifestyle choices are often a gateway to interest in political change. That’s particularly true if those choices have to do with particularly beloved subject matter. — like, say, eating red meat.

For example, one reader I spoke with shared that he had nudged his dad, “a real Ron Swanson type,” as he described him, to go from beef burgers to one of the imitation-meat alternatives. Once a person makes that lifestyle adjustment, they’ll naturally start to pay more attention to all the things that could make that impact even bigger.

They may realize how annoying it is that the climate impact of meat has to do with factors out of their control — like artificially low prices of meat, price competition that forces cost-saving industrial farming practices, and a meat lobby that’s convinced the American public that meat should be the centerpiece, rather than an accessory to, a proper diet. With that new awareness, they might even get interested in the type of political action that could change that whole system.

And you have the power to start that whole process, because you’re young and smart and passionate about something, and your parents love you and care about you and want to share in that with you. You are small, but you are in the ideal position to do very big things.

In the passenger seat,