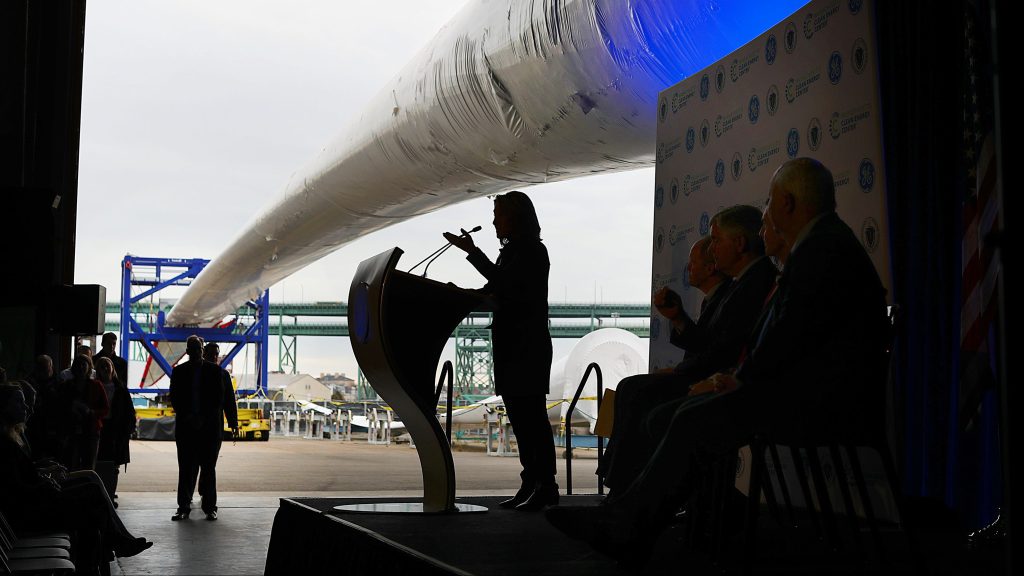 The world just got its energy report card … and at best, its grades are mixed.

Every year, the International Energy Agency releases a mammoth report detailing the world’s progress toward providing clean energy to all. This year’s report is 810 pages long, but here’s the take-home message: We’re improving in two areas (solar and offshore wind installation), but failing three subjects (transportation, equity, and overall progress). 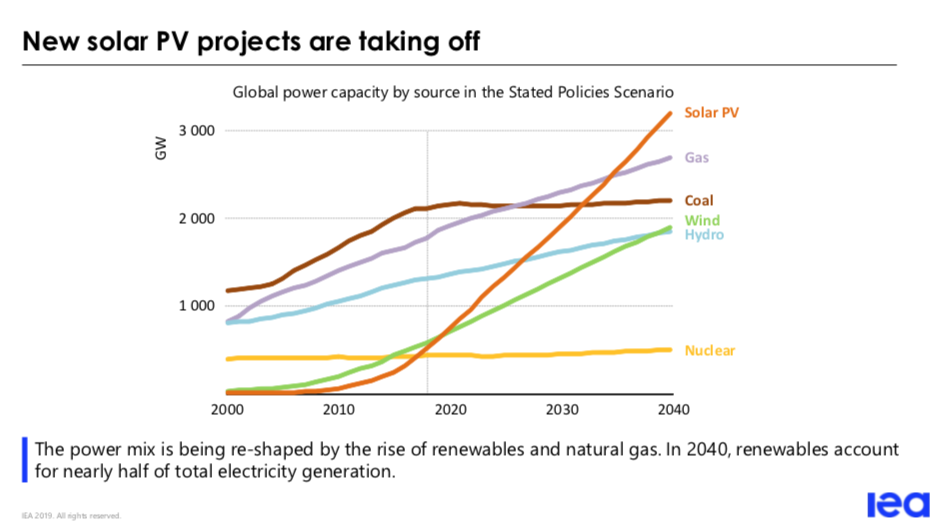 Solar power is “growing very strongly,” said IEA’s Executive Director Fatih Birol. With more government support that growth could accelerate: Birol pointed out that Africa generates less than 1 percent of the world’s solar power while boasting 40 percent of its solar potential. The IEA is projecting big increases in solar panels on the African continent. “I think energy developments in Africa are going to surprise many of the pessimists,” he said.

According to IEA data, solar capacity has already surpassed nuclear, and the agency projects that it will rapidly overtake wind, hydroelectric, coal, and gas. However, it’s important to remember that capacity is the amount of electricity any of these power sources could produce when running full out — something solar panels can only do in full sunlight. 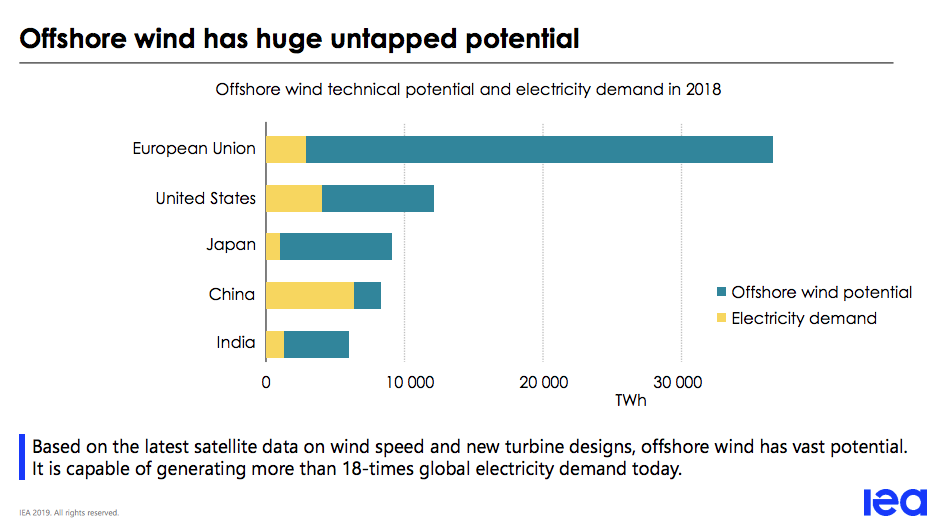 There’s a trillion-dollar industry waiting to be created with floating deep-sea platforms and skyscraper-sized turbines, according to the IEA. Ocean wind could easily supply all the world’s electricity, if price were no object. Realistic expense assumptions, however, still suggest rapid growth: Offshore wind turbines generate less than 1 percent of the world’s electricity, but cost reductions could allow that number to grow to more than 5 percent in the next 20 years.

Birol likened the potential to improvements in technology that had allowed fracking and solar prices to plummet. “Offshore wind has the potential to join their ranks in terms of steep cost reduction,” Birol said. 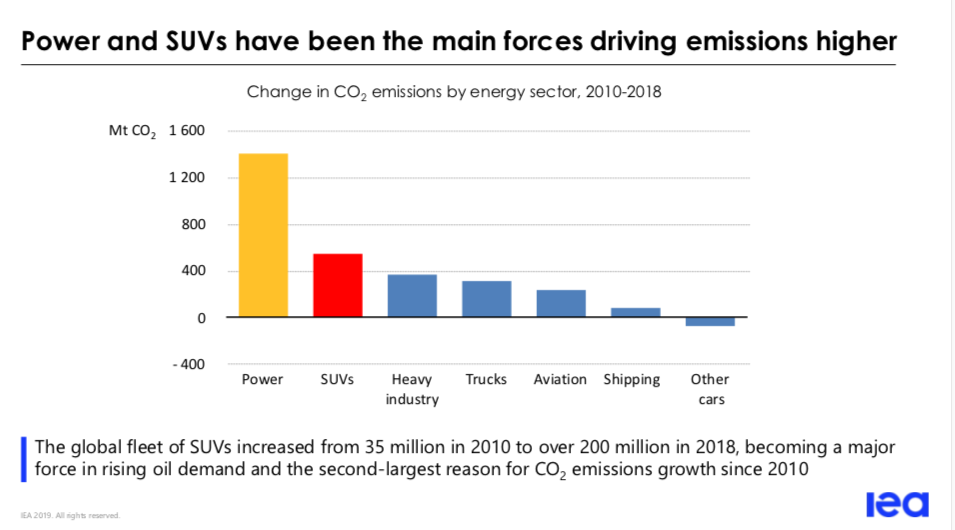 The world is reducing emissions from cars by improving gas mileage and introducing electric vehicles. But those gains were swamped by an old villain, which Birol introduced ironically: “Ladies and gentlemen, our report shows that the star of the transformation in the automotive industry wasn’t electric cars, it was SUVs,” he said. Last month, the IEA reported that since 2010, the number of SUVs on the road has increased by 35 million — and the vehicle class is contributing more to climate change today than heavy industry.

Some 850 million people worldwide don’t have electricity, and many more — 2.6 billion — still rely on wood and dung for cooking, with disastrous consequences for both health and the environment. From Africa to South Asia, dozens of countries are doing important work to give people access to modern energy sources.

But to be successful in this mission, said Laura Cozzi, chief energy modeler for the IEA, “They will need cement, they will need steel, they will need electricity.” Cozzi said renewable energy is the most important lever in expanding access to electricity in Africa, but the world will also need to burn more fossil fuels to get the job done. 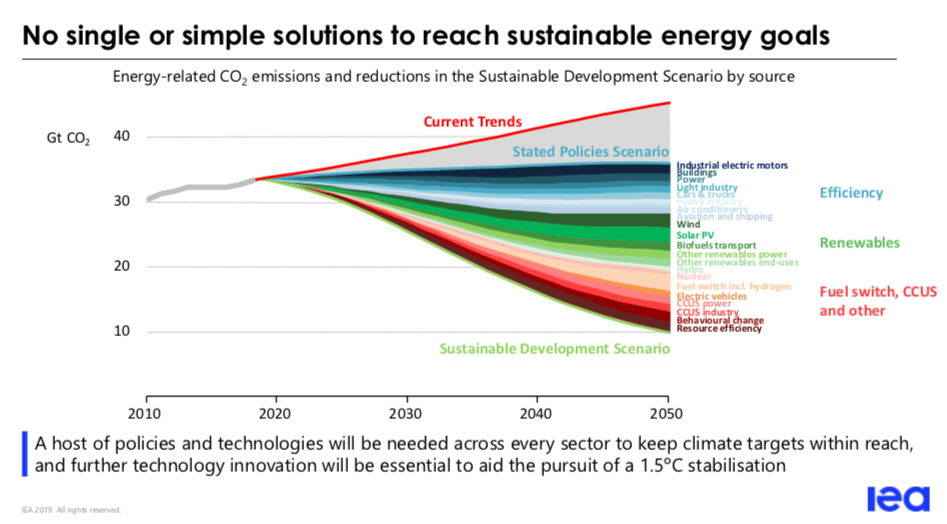 Even if countries fulfill their big energy ambitions, which IEA calls the world’s “stated policies,” it won’t be enough to drive down emissions and keep average global temperatures from warming more than 1.5 degrees Celsius (2.7 degrees Fahrenheit). “For the moment, the momentum behind clean energy technologies is not enough to offset the effects of an expanding global economy and growing population,” said Tim Gould head of the World Energy Outlook at the IEA.

However, the IEA identified a suite of policies that could slow climate change: They call it the “sustainable development scenario.” (See the graph above.) Getting there is a tall order, requiring a doubling of the rate at which we’re building renewables while cranking up the pressure on energy efficiency, passing policies to force behavior change, and building massive carbon capture and sequestration plants.