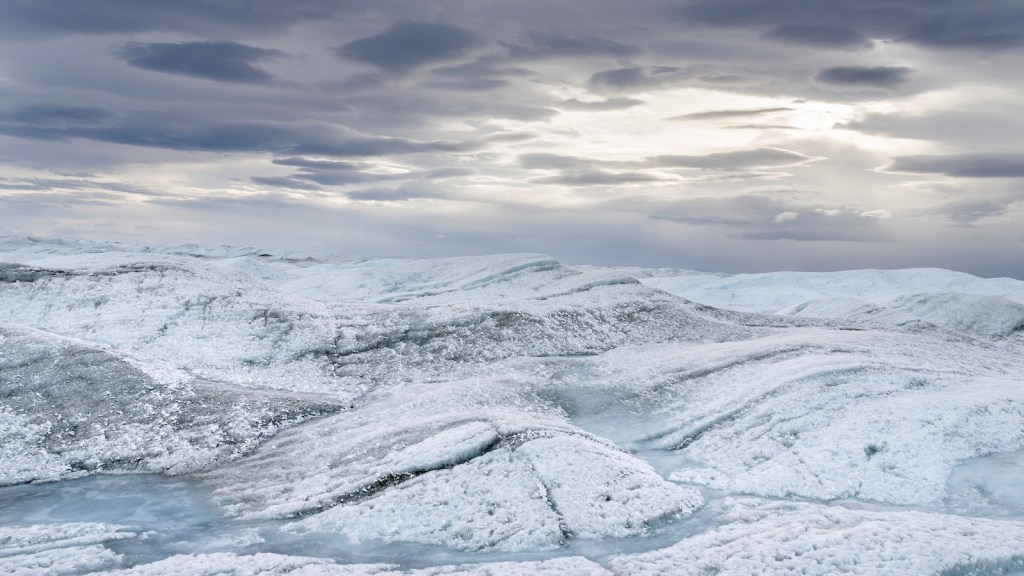 Changing weather patterns have triggered a stark change in how Greenland is melting, according to a new paper published on Thursday. By combining data from satellites and weather stations, a team of scientists found that rainstorms are now driving nearly one-third of the frozen island’s rapid melt.

In terms of sea-level rise, meltwater runoff from the top of the Greenland ice sheet has recently surpassed the contribution of icebergs breaking off from its edges. Those runoff events are increasingly tied to rainstorms — even during winter — that trigger extensive new ice melt.

“That was a surprise to see,” lead author Marilena Oltmanns of the Helmholtz Center for Ocean Research in Germany said in a statement. The researchers looked at more than 300 sudden melt episodes from 1979 to 2012, the most recent year available.

Warmer air temperatures are having a big effect on Greenland, but warm water falling as rain is apparently disastrous to the ice — tunneling through divots and cracks and melting surrounding snow with abandon. The rain-on-snow process transforms the surface of the ice sheet from fluffy and reflective to compact and dimmer, a dangerous feedback loop that’s perfect for encouraging further melt on sunny days.

“If it rains in the winter, that preconditions the ice to be more vulnerable in the summer,” Marco Tedesco, a glaciologist at Columbia University and co-author of the study, said in the statement. “We are starting to realize, you have to look at all the seasons.”

It seems increasingly clear that the Greenland ice sheet crossed a tipping point around 2002. In the decade after that year, melting increased nearly four-fold, coming mostly from the southern part of the island that’s especially prone to these rain-on-ice events.

Since 1990, Greenland’s average temperature has increased by about 1.8 degrees C (3.2 degrees F) in summer, and 3 degrees C (5.4 degrees F) in winter — much faster than the global average. In recent decades, meltwater tied to rain events has doubled in the summer, and tripled in the winter — despite overall total volume of precipitation on the ice sheet remaining about the same.

In a companion video filmed on the ice sheet, Tedesco compared the Greenland ice sheet to a sleeping elephant: “When we wake it up, he has the power to destroy everything he runs through.”

Greenland is currently losing about 270 billion tons of ice per year. That’s enough to cover the entire state of Texas in more than a foot of water. That pace is quickening, and if Greenland were to melt entirely over the coming centuries, it would raise global oceans by about 20 feet.

With rapid emissions reductions, scientists estimate that Greenland’s melt could be limited to an inch or less of further sea-level rise — almost certainly avoiding a complete meltdown.