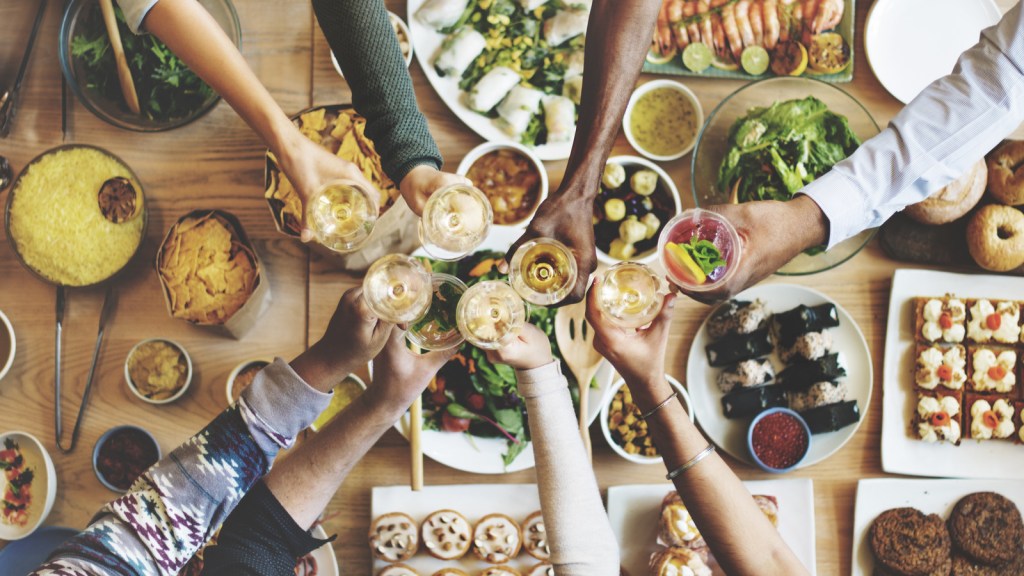 Just before the crash that turned the Roaring ’20s into the Great Depression, a man with a crazy idea for making a fortune was roaming across Persia, examining green aromatic nuts in burlap bags, marketplaces, and orchards. He selected the nuts from the widest variety of trees he could find, brought some 12,000 home, and planted them in California’s Central Valley. Of all the different trees that sprang up, one stood out, thriving in its new home and bearing a heavy load of sweet nuts. Farmers named it the Kerman pistachio, and it quickly entranced America.

Today, when you chew a pistachio, it’s almost guaranteed to be a descendant of that single nut. It’s a classic immigrant success story but also a troublesome genetic bottleneck. Where there was once great diversity, there is now uniformity. 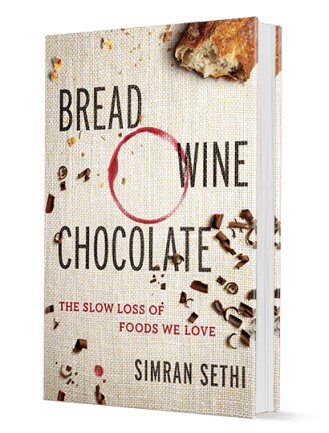 You can find that story repeated with the banana, the coffee bush, and other crops in Simran Sethi’s new book, Bread Wine Chocolate: The Slow Loss of The Food We Love. As you might guess from the title, the book is elegiac — Sethi mourns the decline of delicious diversity in our broken food system.

I suspect Jayson Lusk, the author of another new book about the state of our food system, might tell the story of the Kerman pistachio a bit differently. Lusk’s book, Unnaturally Delicious: How Science and Technology are Serving Up Super Foods to Save the World, describes an utterly different world from Sethi’s, one in which deliciousness and diversity is on the rise. Lusk would likely point out that a great diversity of pistachios still grow in what is now Iran. It’s just that the most accessible pistachio for the 99 percent in the United States is the Kerman. What was once a luxury import for the rich is now a common coffee-table treat for regular folks. Those with sufficient money and desire can still find other varieties. 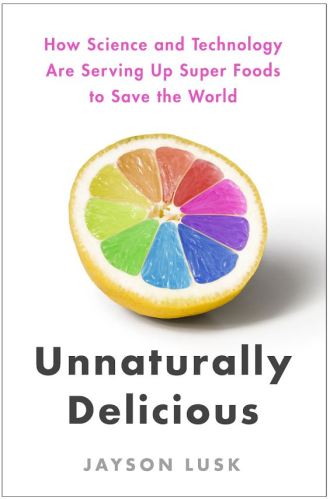 I see these two versions of reality every day while reporting on food. It’s either decline and fall or triumphant ascension. If there’s any hope of building a truly sustainable food system, we’ve got to reconcile these perspectives and see the whole truth.

Neither side is wrong here. People simply look at the same facts and come away with entirely different interpretations of reality. That happens because our political leanings and the values of our tribe determine which facts we emphasize and which we ignore.

Last week, David Roberts of Vox neatly summarized how this works to explain the otherwise boggling dynamics of this year’s presidential election.

Think of the spectrum as issuing from our sensitivity to threat. Those who are more sensitive to threat, to negative stimuli in their environment, lean to the right end of the spectrum.

They are likely to value order and tradition over chaos and novelty. They are more attuned to in-group/out-group distinctions and to the purity of the in-group. They prefer clarity to ambiguity, hierarchy to egalitarianism. (More on this research here.)

You can see how this maps onto debates over gay rights and immigration. But when it comes to agriculture, it’s completely inverted. In my experience people on the left are much more “sensitive to threat,” as Roberts puts it, from food technology, while people on the right are more likely to shrug and say, “Yeah, we may find out that this causes cancer in 30 years, but the odds are small, and think of all the good it could do!”

I asked David Ropeik, who has written several books about risk, to explain this paradox. It’s true, he said, that egalitarians tend to think change is good, but only as long as that change doesn’t conflict with other tribal values. And members of the Green tribe usually believe that any tinkering with nature is suspect.

“It’s simple,” Ropeik said. “Human-made activity is a bogeyman to anyone who believes we are fucking up the earth.” So innovation in agriculture appears threatening. Over on the right, you have a tribe that values the role of innovation and “creative destruction,” the engine of capitalism improving on nature day by day.

You can see this split neatly demonstrated in social psychologist Jonathan Haidt’s videos, Two Stories of Capitalism. So, are we screwing everything up?

[youtube https://www.youtube.com/watch?v=9B-RkNRGH9s%5D
Or, are we making the world better every day?

The answer is both: In some ways we are screwing things up and in some ways we are making them better. The trick is to peek out from behind our ideological goggles long enough to identify which is which. That’s why I was glad to see Lusk’s (celebratory) book and Sethi’s (mournful) book land on my desk at the same time.

Each author’s main point — though they may at first seem contradictory — is worth taking to heart. Sethi correctly points out that 95 percent of the world’s calories come from just 30 species, and that “a reduction in agrobiodiversity places us in an increasingly vulnerable position, where a single pest or disease could severely compromise what we grow, raise, and eat.” Globalization spreads uniformity. When people around the world can all pick from the same set of choices, they end up picking the thing that works best. That’s why people use Google internationally. It’s a similar story with food. Like the Kremen pistachio, almost all the coffee grown in the Americas comes from one bush, Sethi writes, and every supermarket banana is a clone. Uniformity is self-perpetuating because once you find something fantastic it’s easier to refine it, rather than starting anew.

Lusk, for his part, is right in pointing out that our food system keeps improving. The food system may be broken, but it’s always been broken and it’s better now than any time in the past.

“Today in the United States we produce 156 percent more food than was the case in the 1940s despite using 26 percent less land,” Lusk writes.

Farmers are also using less pesticide and producing less greenhouse gases — the carbon footprint of beef has fallen 16 percent since the ’70s.

I should say that neither author is blindly ideological. For instance, Sethi acknowledges that there has been a great expansion in the diversity of food available to people of middle incomes, as well as an increase in diversity among our staples. Each year there are dozens of new varieties of high-tech corn specialized for each growing region. Lusk acknowledges that we aren’t living in an entirely bright new world. Our food system causes obesity, creates dead zones in oceans and lakes, and depends on fossil fuels.

I think there’s a way to reconcile these two perspectives. The progress that Lusk celebrates has given much of humanity the comfort and wealth to demand the diversity Sethi yearns for. In fact, Sethi’s book is full of evidence that there’s already a renaissance in diversity underway. She makes her way through a 10-acre vineyard growing rare grapes, visits with the makers of artisan chocolates ($6 a bar — even $18 a bar), and drops in on craft brewers reveling in the ever-growing market for unique flavors.

Every renaissance scuffles with stability and tradition. When Sethi asks one custodian of grape diversity why we don’t see vintners growing different types of vines, he tells her, “Everyone wants to drink a 300-year-old French variety with a 300-year-old history, but it’s impossible for a modern wine grape breeder to create a brand-new 300-year-old variety.”

It seems to me that the way to a more diverse, equitable, and delicious food system doesn’t wind back into traditionalism but leads us forward into the unknown. That’s a little scary. But, like many scary things, it’s also tremendously exciting.