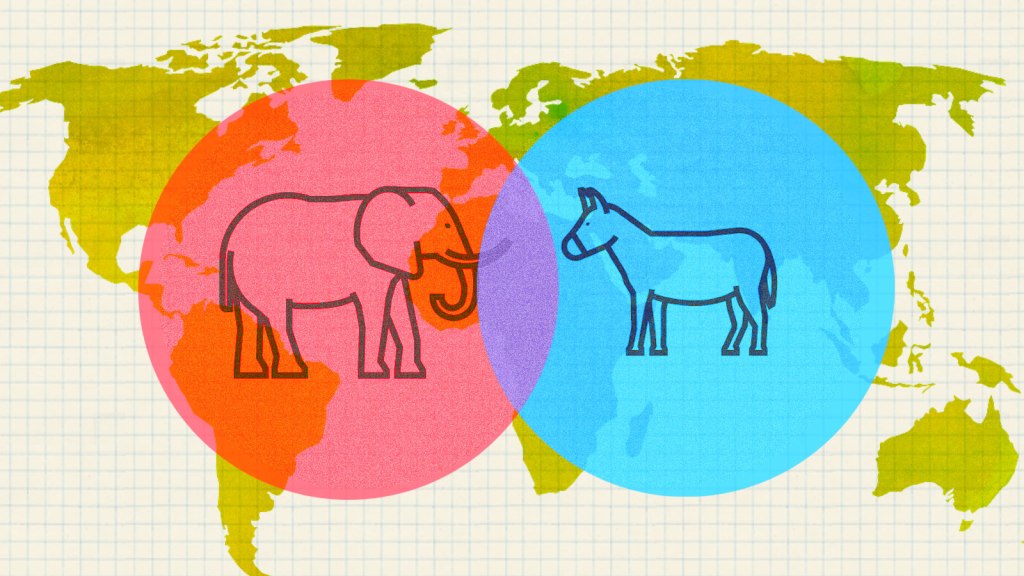 Our overheating planet is splitting the Grand Old Party. Recent surveys suggest that Generation Z and Millennial Republicans care about the climate much more than their elders — and, get this, maybe as much as younger Democrats do.

It’s no secret that Republicans and Democrats aren’t on the same page when it comes to human-caused global warming. But a new poll suggests that Republicans and Democrats between 18 and 38 might as well be in the same party. Any red-vs-blue difference between them “virtually disappears,” according to the survey from Ipsos and Newsy. (It only asked about climate change, not the many other topics that split the two parties.)

This budding concern for the environment has some GOP strategists reportedly saying they’re seriously worried about losing voters to Democrats in 2020, and many are advising their party to adapt to the situation.

Millennials and Gen Zers from both parties had strikingly similar responses in the Ipsos survey, which polled roughly 2,000 U.S. adults about their positions on global warming and climate policies in May. Some 77 percent of younger Republicans said that climate change is a serious threat, one percentage point more than Democrats in the same age range. Meanwhile, the survey revealed a deep chasm in opinion among older folks: 51 percent of Republicans over age 39 agreed the problem was a serious threat compared with 95 percent of Democrats.

Support for a federal carbon tax, further restrictions on methane emissions, and a national renewable energy standard was virtually identical among both Gen Z and Millennials of both parties, with a gap of 2 percentage points or less on each response.

The poll found a slightly bigger gap over support for a Green New Deal, a yet-to-be-determined set of policies aimed at taking on the climate crisis. Yet again, clear majorities of younger generations from both parties supported it: 59 percent of Republicans and 68 percent of Democrats. (Some 40 percent of white evangelicals, the GOP’s core base, back it, according to a poll from earlier this summer.)

This startling shift is supported by another recent survey conducted by Glocalities, an Amsterdam-based polling agency, which concluded that 67 percent of Republican voters aged 18 to 34 are worried about the damage humans are causing the planet — an 18 percent jump in just five years.

The increasing number of young Republicans waking up to our planetary catastrophe could have “serious implications” for the GOP, said Martijn Lampert, a research director at Glocalities, in a press release. He attributed the shift to younger Republicans’ more favorable attitudes toward science, the media, and higher education compared to older members of their party. He also noted that increasingly severe wildfires, droughts, and floods, along with Christians’ moral obligation to care for the planet and the people on it, may be playing a role.

Whatever the motivation, it’s clear that elected Republican representatives are increasingly out of step with voters on climate change, a divide exacerbated by the Trump administration’s efforts to undermine science and environmental regulations.

“We’re definitely sending a message to younger voters that we don’t care about things that are very important to them,” Douglas Heye, a former communications director at the Republican National Committee, told the New York Times last month. “This spells certain doom in the long term if there isn’t a plan to admit reality and have legislative prescriptions for it.”

In a report prepared for the 2020 election, a Republican polling firm called Public Opinion Strategies said climate change was the “most important issue” for younger voters and called the generational gap “concerning.” The point has been echoed by Frank Luntz, a well-known GOP messaging strategist, who sent a memo to congressional Republicans this summer warning that climate change was both a “vulnerability” and “opportunity” for the party.