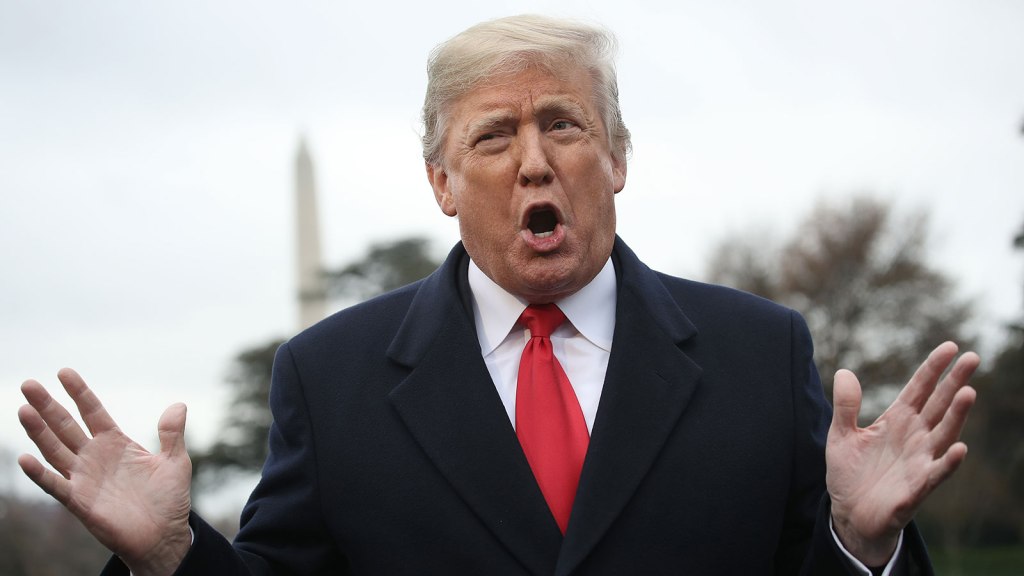 Win McNamee / Getty Images
believe it or not

President Trump has read “some” of the Fourth National Climate Assessment — a comprehensive report released by his own administration that looks at the effects of climate change on the U.S. — and he says he doesn’t “believe it.” As in he can’t believe how bad the impacts are going to be? No, he simply doesn’t believe it.

Putting our differences aside for a second, this is actually kind of a baller move. Not only did Trump move up the date of the report’s release from December to the day after Thanksgiving (climate change vs. Black Friday mall sale stupor, anyone?) he made zero apologies about choosing to live in his own version of reality. Life’s a beach when you choose not to believe in inconvenient things! Check it out: You tell me I have to go into work the Monday after Thanksgiving? I don’t believe it. They did surgery on a grape? I don’t believe it.

The Commander in Chief didn’t give us many more details (like, you know, why), but the gist of the situation is that he thinks the climate assessment is a bunch of baloney. (Let the record again show that the report was composed by his own administration.) And it wasn’t even the only climate report his administration released on November 23. Another report, this one from the U.S. Geological Survey, found that nearly a quarter of the country’s carbon emissions come from fossil fuels produced on federal lands.

Here’s what Trump did say:

BREAKING: "I don't believe it."

President Trump passively rejects the findings of the major new US government multi-agency report that says climate change will wallop the US economy in years to come. https://t.co/ImcZSeAowf pic.twitter.com/hcUnY8Jdui

Did he … did he literally shrug? Regardless of how blasé Trump was about a report that basically portends widespread chaos, destruction, and economic distress for the country, his reaction is pretty damn believable. The man has spent a good portion of his tenure as president dismantling what’s left of United States climate policy:

Those are just three examples of the Trump administration’s climate policies! There are many more. And as much as I would hope that this climate report or this one or this one might change his mind, at this point, it looks unlikely.

If President Trump believed some of his other rhetoric, then he might see that making America great requires protecting the regions now facing imminent and catastrophic climate change. But alas, the America Trump wants isn’t “America the Beautiful,” it’s America with the most beautiful, “clean” coal. Those spacious skies and amber waves of grain might not look so pretty after 1.5 degrees Celsius of warming.