Why should I sacrifice when big companies are to blame for climate change? 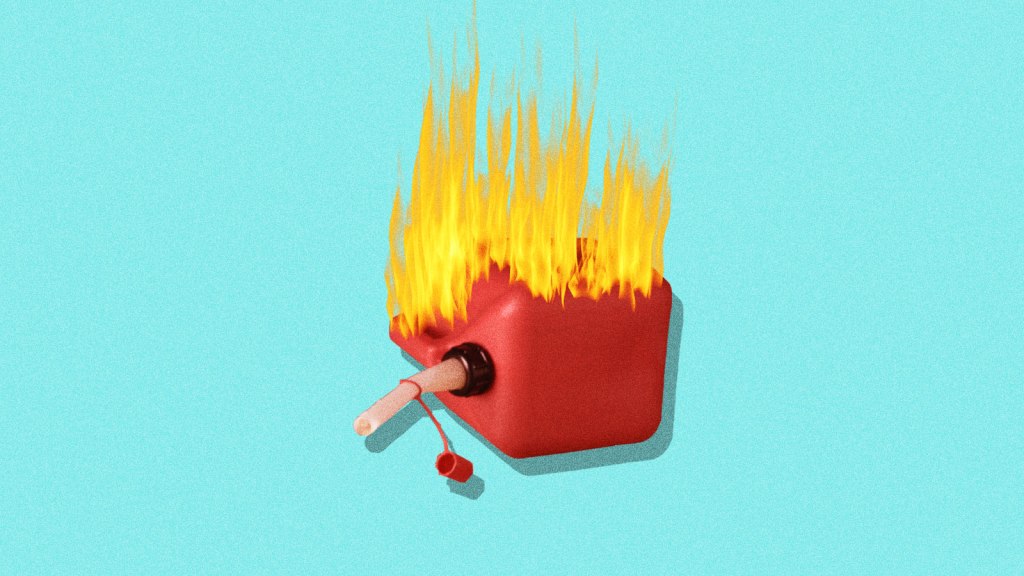 Why should I sacrifice when big companies are to blame for climate change?

Q.Why should I feel guilty for flying abroad for vacation or having a child when 100 companies are responsible for 71 percent of CO2 emissions? And how do I hold those companies responsible for climate change when every facet of our political system benefits them?

A. Have you ever heard the credo “every day, once a day, give yourself a present?” It comes from Agent Dale Cooper in Twin Peaks, and personally, I live by it. In response to your question, I propose a slight modification: Every day, once a day, give your future self a present … by doing something to counteract climate change. Certainly less catchy, but a more noble motto nonetheless.

But you correctly point out that living that motto often seems like an exercise in futility (unless you happen to be the CEO of a major gas conglomerate)! The 100 companies that are responsible for 71 percent of emissions are the biggest fossil fuel producers in the world. The best thing that you can do to fight climate change and hold those companies responsible is to take revenge by jumping into, not out of, the climate action game. It’s truly a win-win. Bear with me.

The idea of working against a fossil-fueled lifestyle isn’t a small decision. The everyday things that are tied to fossil fuels in some way are … well … very numerous. Anything made with plastic, anything using a combustion engine, and, if you live in most parts of the world, anything that uses electricity. Hmm. This is looking like a very ascetic and, dare I say, rather untenable, life.

I’m not shading self-driven austerity just because it’s hard to do. Now that we’re in the “I’ll-be-good-now” month of January, many of us feel the urge to restrict indulgences more than usual. I’m just saying that the whole reason it is hard to do is because our current world is set up pretty much entirely to bolster the position of fossil fuel companies.

You’ve likely heard the free-market argument that “fossil fuels are the cost-effective option.” That take isn’t really valid, because oil and gas companies receive about $20 billion in subsidies every year. As my former colleague David Roberts points out, that’s about seven times the government support that renewables receive.

“As subsidies age,” he writes, “they start to look less like subsidies. They start looking like fixed features of the landscape, like mountains or rivers, rather than choices we are making. They just look like the status quo.”

So the cheap plane tickets and cheap gas and cheap cars we’re loathe to give up are only that accessible because they’re propped up on artificially affordable oil and gas. And, as you correctly note, fossil fuel companies are doing everything they can to keep that system intact by “donating” millions of dollars to lawmakers who will favor them.

The most obvious solution to moving those mountains would be to vote the people who are giving oil companies a free ride out of office. (Here’s a list of representatives who receive the most donations from oil and gas companies. Yes, we know Beto’s at the top.) But election opportunities only come once a year or so. So back to our new motto: What climate-counteracting present can you give your future self every other day?

I posed that question to Richard Heede, head of the Climate Accountability Institute — an organization that helped compile that list of the 100 top-emitting companies. “A lot of the power of oil gas and coal companies derives not only from political power, but our obeisance to their products,” he wrote.

That touches the “why should I feel guilty” part of your dilemma. It’s true that as consumers, we have a pretty bad system in which to work — but the vast, vast majority of us have been fairly happy with that system until about three minutes ago. Including me! Including, probably, you.

Regardless, “guilt” is probably the wrong thing to feel, because guilt is frequently something that gets pushed down and ignored because it feels bad. A better thing to feel is enthusiasm for change — which can, admittedly, be a hard thing to summon when the change in question means doing things that are slightly less comfortable or convenient.

An easier motivation, at least in my experience, is “vengeance.” Maybe you could also call it “justice,” if you’re feeling generous. Doesn’t it make you angry that 100 companies in the world are responsible for 71 percent of emissions? Doesn’t it feel unfair that investors are clearing dividends from companies like ExxonMobil, Shell, BP, and Chevron, which have been among the biggest emitters since 1988? Isn’t it infuriating that they’re endlessly protected by our more craven government officials? Don’t you kind of want to … show them how you really feel?

So the way you do that is by doing somewhat less of all the following things: buying unnecessarily, flying places, eating things that aren’t plants, driving, throwing stuff away. Choose renewable options to power your home, where they’re available. That’s the best way to boycott those businesses. Then work on telling the banks that fund those companies’ projects that you don’t support their ventures. And in the time you have leftover, you organize and vote against legislators that consistently favor oil and gas interests.

I’ll leave you with one more golden Twin Peaks quote to guide your daily life: “What I want and what I need are two different things, Audrey.” (While Agent Cooper was using this line to explain why he couldn’t in good conscience have sex with his naked 18-year-old admirer [SCANDAL!!!], you’re going to use it to more generally guide your daily decision-making.)