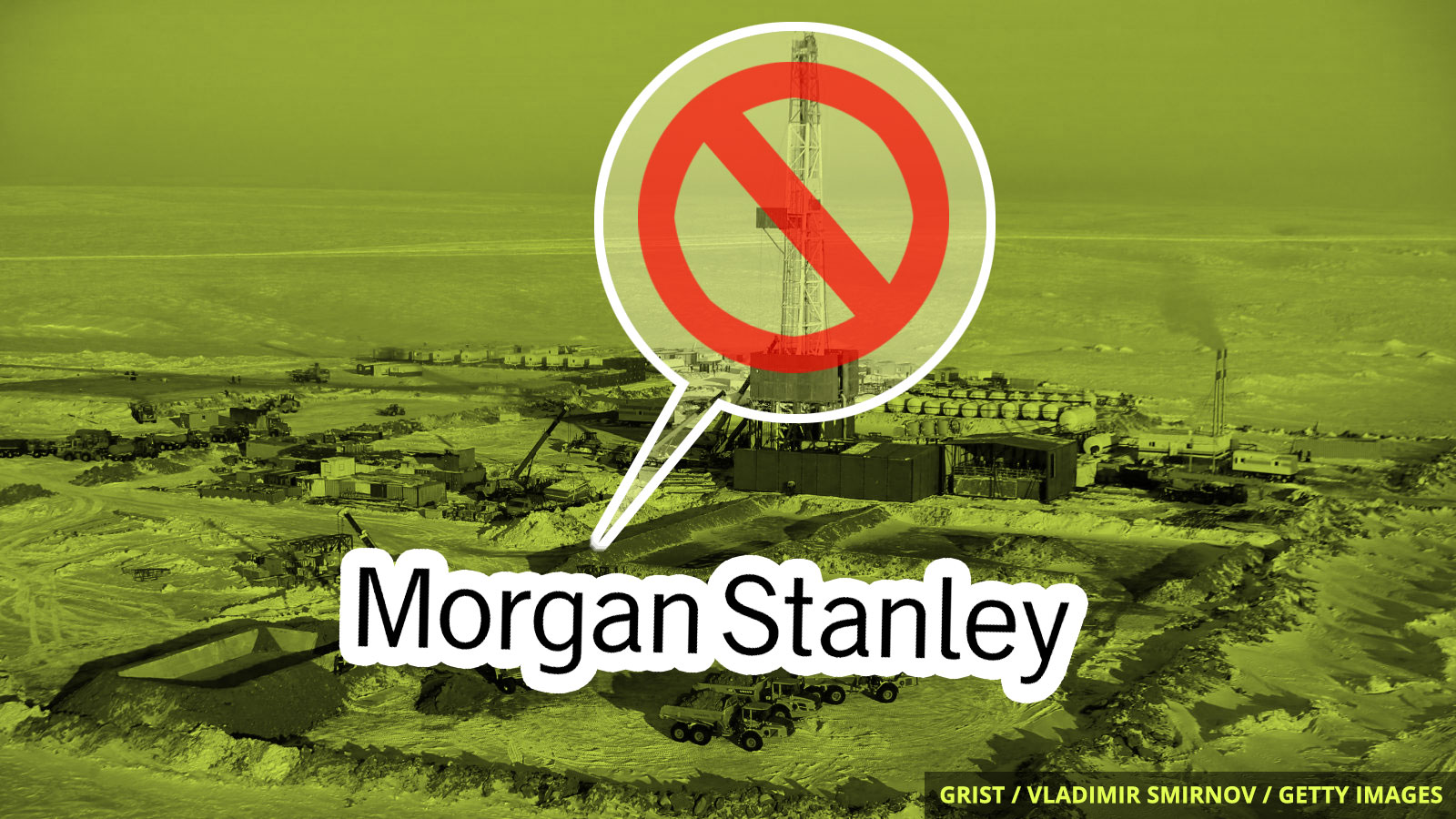 The bad news for American oil just keeps coming. Earlier this week, the benchmark price for crude oil plummeted below zero thanks to a combination of oversupply and plummeting demand amid coronavirus lockdowns. And on Thursday, another major bank decided to stop financing Arctic oil.

The multinational investment bank Morgan Stanley unveiled an updated energy policy yesterday that says the company “will not directly finance new oil and gas exploration and development in the Arctic, including the Arctic National Wildlife Refuge.” The company is also committing not to directly fund coal-fired power plants and thermal coal mines. Additionally, the bank will “conduct enhanced due diligence” on oil sands, deepwater oil and gas projects, oil and gas pipelines, and fracking projects, which means they’ll take “environmental and social impacts” into account before funding those types of developments, including potential impacts on local communities and tribes.

Morgan Stanley is the fifth major U.S. bank to toughen its energy policy recently. Goldman Sachs, JP Morgan Chase, Wells Fargo, and Citigroup all ruled out financing for Arctic Refuge projects in the past few months — Citigroup just this week. That leaves Bank of America as the only major U.S. bank that hasn’t committed to stop funding Arctic drilling.

The collective shift away from funding Arctic drilling is largely a result of concerted and unyielding efforts from climate and indigenous activists. The Gwich’in Nation, in particular, has fought back against the Trump administration’s plans to open the 19.3-million acre Arctic National Wildlife Refuge to drilling. The tribe relies on the region for caribou and considers the refuge to be sacred land.

As the coronavirus pandemic drains municipal budgets, officials in San Francisco, Miami Beach, and New York City say they will likely have to delay critical projects to protect their cities from climate change. Those include plans for sea walls and flood-control infrastructure — crucial measures as sea levels rise.

Meanwhile, the number of people worldwide affected by coastal and river flooding could double by 2030, according to a new analysis from the World Resources Institute. Climate change, population growth, and development on floodplains could put 147 million people at risk by 2030 — and more than 220 million by 2050.

According to satellite data, huge areas of the Amazon rainforest are drier than usual, making the biodiversity hotspot especially vulnerable to catastrophic wildfires. Brazilian President Jair Bolsonaro has scaled back environmental protections for the rainforest, and deforestation is on the rise.