It’s Friday, March 13, and the global climate strikes are going digital during the COVID-19 pandemic. 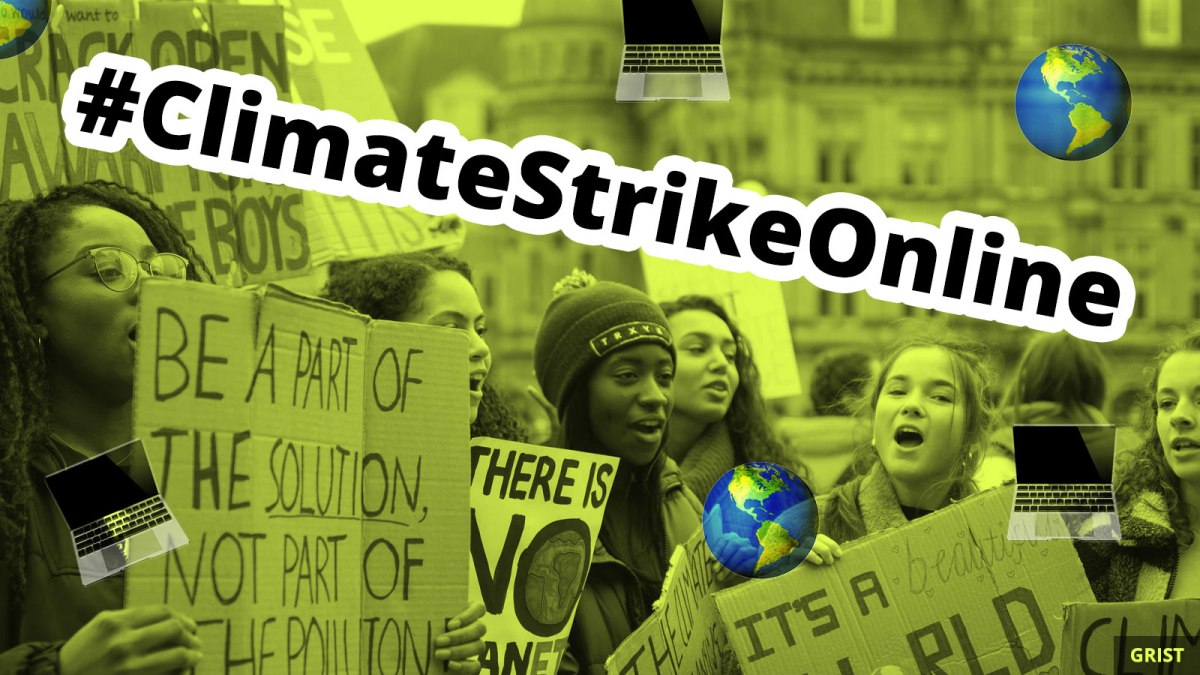 As more cities and countries ban large events and public gatherings in an effort to slow the spread of the new coronavirus, youth climate activists are still moving forward with their weekly strikes for the planet. The only difference? They’re happening online.

Greta Thunberg, who started the Fridays for Future movement as a solitary striker in front of Sweden’s parliament in 2018, reassured climate activists that the fight for aggressive climate policies is still on. On Wednesday, she told her Twitter followers to “do as the experts say” by avoiding large crowds to avoid spreading the virus. In place of in-person protest, she encouraged activists to “post a photo of you striking with a sign and use the hashtag #ClimateStrikeOnline.”

This morning, Twitter users using the hashtags #ClimateStrikeOnline or #DigitalStrike did just that — posting pictures of themselves holding homemade signs with slogans like “There Is No Planet B” and “Stop Fossil Fools.” Thunberg posted a picture of herself flanked by her two dogs and holding her famous “Skolstrejk för klimatet” (“School strike for climate”) sign.

“We listen to the science, and right now the science says that mass gatherings will cause harm. But that won’t stop us from striking,” Fridays For Future said in a statement. “The climate emergency is the biggest crisis we have ever faced, it won’t wait until after COVID-19 is dealt with — so we can’t either.”

Bloomberg New Energy Finance, a research firm, has updated its predictions for renewable energy in 2020 to reflect a downturn due to COVID-19. The amount of new solar power coming online every year has grown steadily since the 1980s, and this is the first year that growth could shrink, the report says.

Single-use face masks are becoming a new source of plastic pollution in Hong Kong, a city already struggling to deal with plastic waste. Conservation groups are concerned that wildlife will mistake them for food after finding the masks piled up on beaches and discarded on nature trails.

Traditionally, the Senate simultaneously confirms one Democrat and one Republican to the five-member Federal Energy Regulatory Commission, which makes crucial decisions that hurt or help renewables in local energy markets. On Thursday, Trump nominee Republican James Danly was confirmed to join FERC alone, with no Democratic nominee to balance the Commission. That tips the partisan balance of the commission with three Republicans to one Democrat.