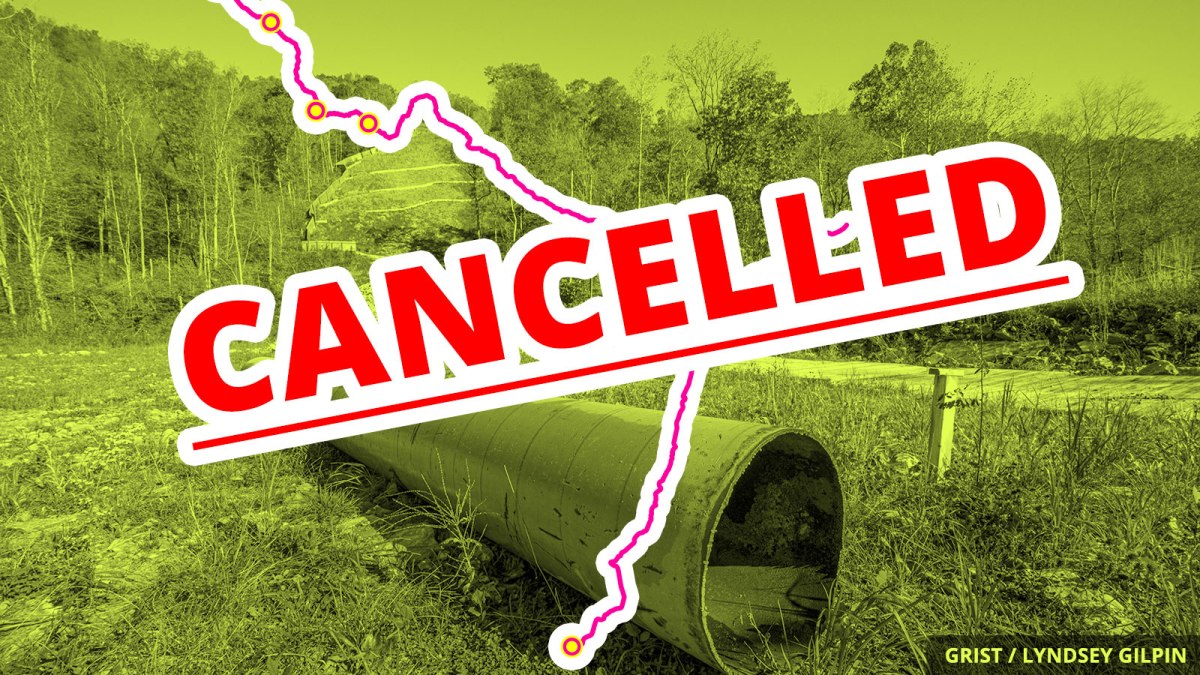 Just a few weeks ago, the U.S. Supreme Court gave the embattled Atlantic Coast Pipeline the go-ahead to cross under the Appalachian Trail. Now, that controversial decision is moot: Dominion Energy and Duke Energy, the lead developers of the project, decided on Sunday to cancel the pipeline altogether.

The natural gas pipeline would have stretched from the Marcellus Shale region of West Virginia to the coast of North Carolina, cutting through primarily lower-income, rural communities. Since the project was first proposed in 2014, many of those communities have fought alongside environmental groups to stop it. Duke and Dominion credited lawsuits from those groups for ballooning the cost of the project to $8 billion — up from an initial estimate of $4.5 to $5 billion — and putting it more than three years behind schedule. With existing disputes unresolved and future legal challenges likely, the companies determined that the economic viability of the project was uncertain.

But wait, there’s more news on the pipeline front. Just this morning, the U.S. District Court for Washington, D.C., ruled that the Dakota Access Pipeline, which pumps oil from North Dakota to Illinois, must be shut down by August 5, because a key permit for the project was granted in violation of the National Environmental Protection Act. The decision is a major victory for the Standing Rock Sioux Tribe, which sued back in 2016, arguing that the project threatened tribal drinking water supplies and cultural resources.

Now, the U.S. Army Corps of Engineers must complete a more in-depth environmental impact statement before the pipeline can be allowed to operate.

Finally, some good news for pipeline developers: The Supreme Court of Canada has refused to hear an appeal from three First Nations groups that challenged a lower court decision allowing the Trans Mountain pipeline expansion to continue. Tribal leaders said that the pipeline expansion violates Indigenous rights and endangers the environment.

More than 40 people were killed in floods and mudslides on the Japanese island of Kyushu after three days of torrential rain. The floods are Japan’s deadliest natural disaster since Typhoon Hagibis, which killed about 90 people in October.

The U.S. Department of Commerce will not release findings from an internal investigation into whether department leadership improperly pressured the acting head of the National Oceanic and Atmospheric Administration into issuing a statement supporting President Trump’s wrongful claim that Hurricane Dorian would strike Alabama last September. The department has reportedly said that portions of the findings contain privileged material, but it refuses to specify which portions.