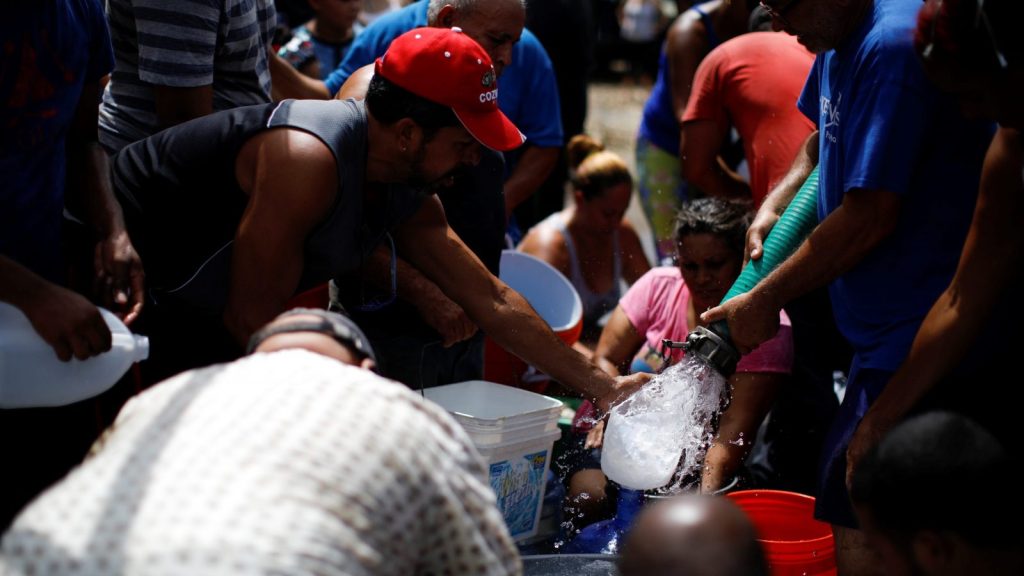 Due to widespread power outages, communities across the storm-battered island have lost running water. Water service may not resume until electricity is restored — a process that could take months.

The U.S. Centers for Disease Control and Prevention has advised residents to use bottled water when possible. When water systems lose pressure, there’s a greater risk of bacterial contamination being drawn in, Reuters reports. And many people are now getting water from wells and springs — shallow groundwater sources that are especially susceptible to contamination after Maria damaged the sewer system and flooded toxic landfills.

The Federal Emergency Management Agency said that 6 million liters of safe water are already in Puerto Rico, with 4 million more on the way. But the plan for distributing that water remains unclear.

As Puerto Rico faces its sixth day without power in sweltering temperatures, Congress appears weeks away from approving a formal funding request for aid. Officials say that for now, they’re more focused on delivering resources than getting money from Congress.