$1 million will buy you a hunting trip with the Trumps. - Grist 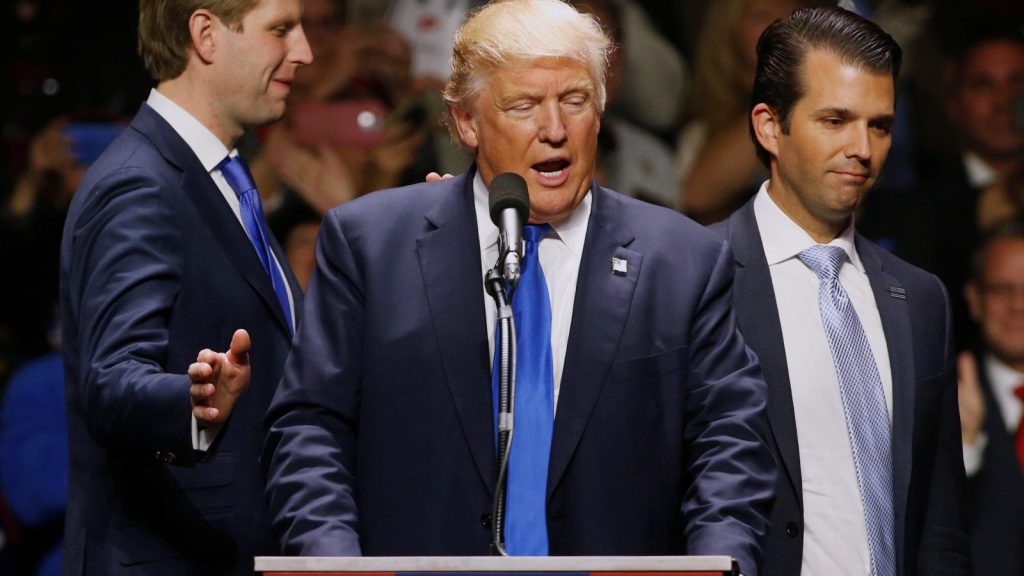 $1 million will buy you a hunting trip with the Trumps.

TMZ reports that the Trump family will hold a fundraiser the day after the presidential inauguration to benefit as yet unnamed “conservation charities.” (We’re awaiting confirmation from the Trump campaign as to which charities these are.) The event’s amenities include a performance by Toby Keith and a “Camouflage and Cufflinks” dress code.

“Opening Day is your opportunity to play a significant role as our family commemorates the inauguration of our father, friend, and President Donald J. Trump,” the promotional materials read. “Join us as we celebrate the great American tradition of outdoor sporting, shooting, fishing, and conservation.”

The six sponsorship levels for the event include “The Bald Eagle” (rude), which costs $1 million and comes with a private reception and photo shoot with the president; four autographed guitars by one of the event performers; and a multi-day hunting or fishing trip with Donald Trump’s sons.

Trump’s sons, Donald Jr. and Eric — no word yet on Barron — are big game hunters who reportedly love nature. And regardless of their feelings on hunting, environmentalists may have an opportunity to influence the president-elect via his sons on the matter of conservation and public lands.

Well, here’s one way to reach them.

The Opening Day event and details that have been reported are merely initial concepts that have not been approved or pursued by the Trump family. Donald Trump Jr. and Eric Trump are avid outdoorsmen and supporters of conservation efforts, which align with the goals of this event, however they are not involved in any capacity.

Katie Herzog
There are over 3,000 U.S. communities with lead levels twice as high as in Flint.
The Obama administration pushed out an environmental rule just in time for Trump to reverse ’em.