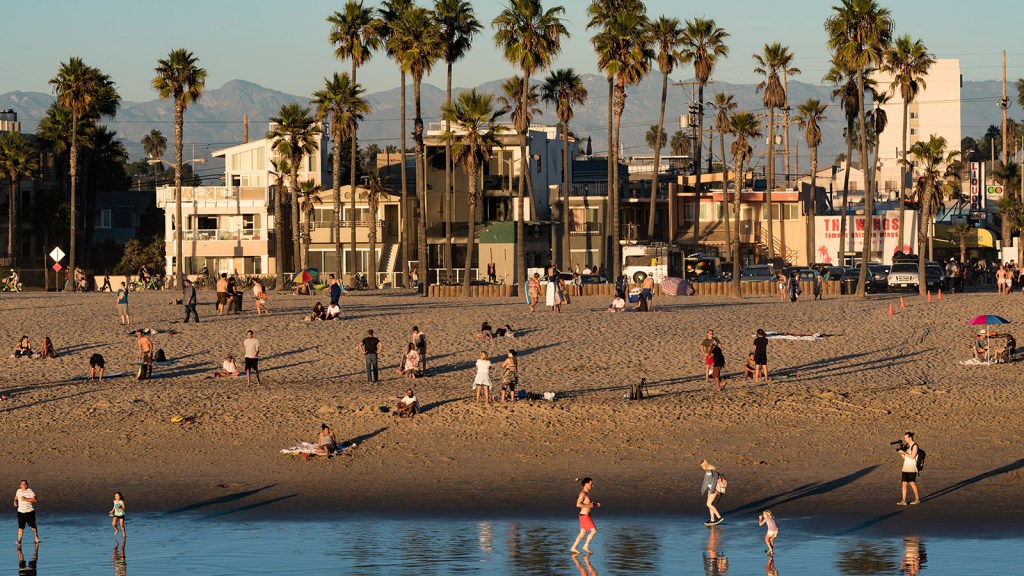 We’re in the middle of a new, climate-changed kind of fall — one where you ask for that pumpkin spice latte iced, please.

Southern California crushed records on Tuesday as temperatures soared over 100 degrees F. In Los Angeles, the World Series kicked off amid triple-digit heat that broke the scoreboard. The city of San Luis Obispo measured 108 degrees, tying the record for the hottest temperature seen anywhere in the United States this far into the calendar year.

When the weather is so hot that it literally melts carved pumpkins, can we even call it fall anymore?

The New York Times lamented this new “fifth season” in an essay about the East Coast’s unseasonably warm autumn weather, which averaged 6 to 8 degrees hotter than normal. “Hotumn” is “a between-time when thighs and shoulders linger a little longer, and fans of fall fashion are left sweating in their boots,” Reggie Ugwu writes.

Scientists caution against attributing this year’s sweltering Sweatember and Hottober temps to climate change alone, but the long-term trend is clear: This certainly won’t be our last hotumn.

Kate Yoder
National parks could get a lot more expensive in 2018.
When stories about drought spike, people use less water.