2016 was a great year for wind and solar, even if nobody noticed. - Grist

It wasn't all a dumpster fire 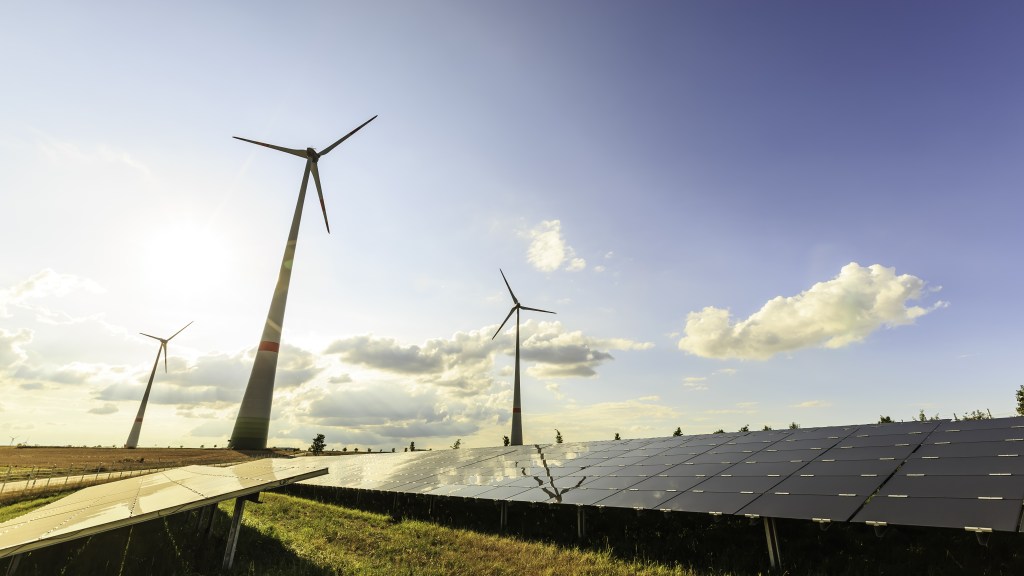 2016 was a great year for wind and solar, even if nobody noticed.

Renewable energy’s gains this year were incremental and unglamorous, so they had a hard time competing with this:

But even if the media didn’t give clean energy a lot of attention, the progress was notable.

In the U.S., the amount of residential solar installed rose, with no limits in sight. Utilities built solar projects in record-breaking numbers. This chart shows solar PV installations in the U.S.:

Wind energy capacity in the U.S. also continued to rise, though not as dramatically as in 2015: 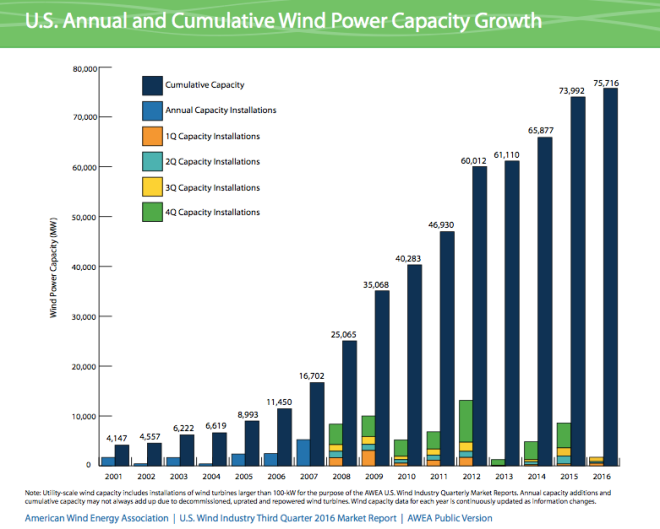 Federal tax credits kept solar and wind competitive even when the cost of natural gas (which gets its own subsidies) reached epic lows earlier this year.

America wasn’t the only country to boost renewables and curb CO2 emissions. Worldwide, while the global economy has been growing, CO2 emissions per unit of GDP have been falling. The Paris climate agreement inspired a new wave of private investment in cleantech. Already, solar power is the cheapest form of new electricity in some (mostly emerging) markets, and competitive with coal worldwide. 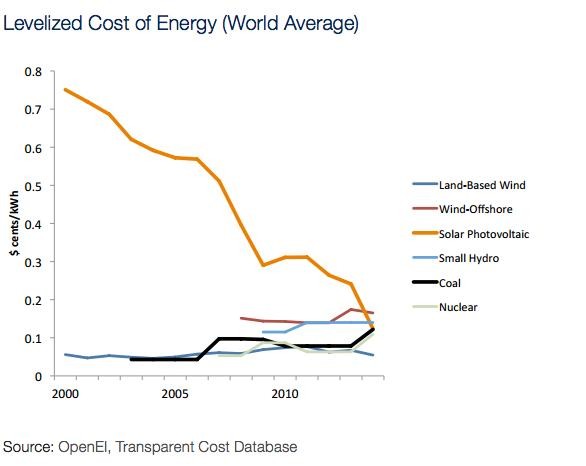 This is not enough to stave off catastrophic climate change, but it’s a darn sight closer than we were a few years ago.

Heather Smith
Here’s some of the best environmental writing of 2016, according to us.
Here are the best nerdy infographics of the year.