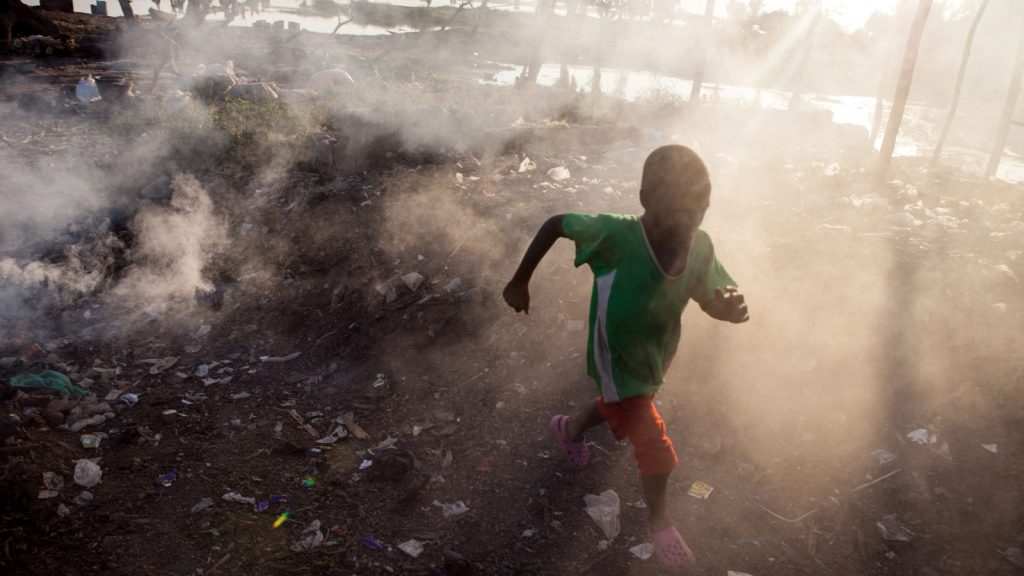 That’s according to a new report by UNICEF, which found that nearly one in seven children in the world live in areas where outdoor air pollution is at least six times higher than international guidelines set by the World Health Organization.

The report also found that air pollution — primarily caused by fossil fuel burning, vehicle emissions, waste incineration, and dust — contributes to the deaths of about 600,000 kids under the age of 5 each year. The statistics are most dire in South Asia, where an estimated 620 million children live with dirty air.

Air pollution is especially harmful to children as their lungs are still developing and their respiratory tracks are more permeable than adults’. But as UNICEF Executive Director Anthony Lake points out, “Pollutants don’t only harm children’s developing lungs, they can actually cross the blood-brain barrier and permanently damage their developing brains — and, thus, their futures.”

UNICEF is calling for countries to take several steps to minimize risk to kids, including reducing pollution, increasing access to health care, monitoring air pollution levels, and keeping polluting facilities away from schools and playgrounds.

“We protect our children when we protect the quality of our air,” Lake says. “Both are central to our future.”

Katie Herzog
Fossil fuels will be heavily represented at this year’s U.N. climate talks.
No, all of your friends haven’t gone to Standing Rock without you.