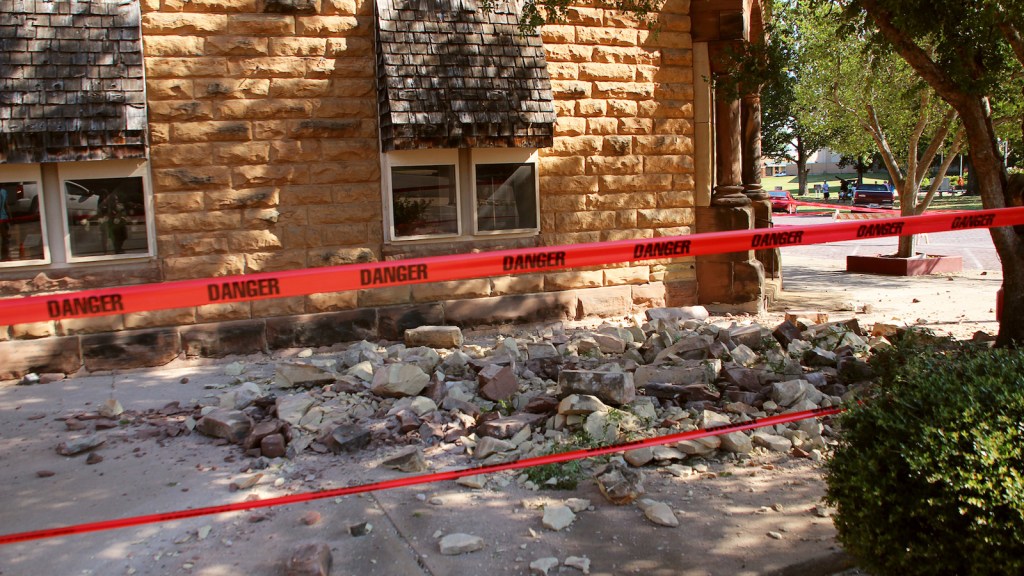 Fracking operations might’ve caused one of Oklahoma’s biggest earthquakes yet.

The state’s last record-setting earthquake was in 2011, when it topped 5.6 magnitude. A new one on Saturday matched that record.

As fracking has boomed in the U.S., the number of earthquakes across the nation tripled from 2009 to 2015.

At 3.0 magnitude, you probably wouldn’t even notice a tremor. Approaching 6.0, you can definitely feel it — and the risk for injury starts getting more serious.

But frequency is more troubling than strength. For naturally occurring seismic activity, geologists link recurring smaller quakes to bigger, more destructive quakes to come. Oklahoma’s tremors, however are not normal: The majority are linked to wastewater injection from oil and gas operations.

The U.S. Geological Survey hasn’t determined yet whether that’s what caused Saturday’s jitters, but said: “We do know that many earthquakes in Oklahoma have been triggered by wastewater fluid injection.”

Last month, the Washington Post reported that Oklahoma and Kansas showed progress in strengthening regulations of wastewater injection. Oklahoma, which has been slower to adopt the new rules, experienced slightly fewer minor quakes in the first half of the year compared to the same period last year.

Oklahoma regulators were concerned enough to immediately order 37 wastewater disposal wells to shut down on Saturday.