A black community in Oakland says pollution is violating its civil rights. - Grist 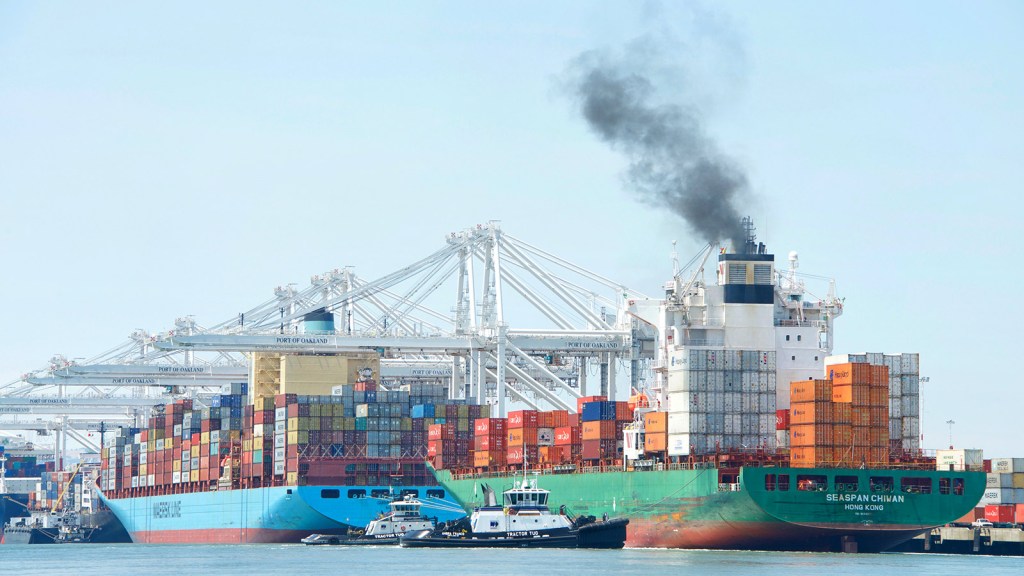 A black community in Oakland says pollution is violating its civil rights.

Residents of West Oakland charge in a federal civil rights complaint filed last week that diesel emissions around the Port of Oakland are compromising their health. They experience higher incidence of asthma (particularly in young children), increased risk of heart disease and cancer, and a life expectancy that’s nine years shorter than in more affluent pockets of the city.

According to a 2013 study by the nonprofit Pacific Institute, West Oakland has 90 times more diesel pollution per square mile on average than the rest of California.

“Our complaint is that since 2010, the City of Oakland and the Port of Oakland would not do a comprehensive emission-reduction plan around this property, which they are expanding to bring in new commodities,” says Margaret Gordon of the West Oakland Environmental Indicators Project.

A Port of Oakland representative pointed out that it’s made progress in detoxifying the air: Since 2005, diesel emissions have decreased by 98 percent and ship emissions by 76 percent.

The EPA’s Office of Civil Rights is infamously nonresponsive to complaints of this sort — and that’s even before Trump took office. But as California tries to position itself as a national example of environmental stewardship, perhaps this filing could shake city and port officials into action.

Nikhil Swaminathan
The Great Barrier Reef has been brutally bleached for the second year in a row.
Meet the fixer: This farmer champions efficiency.