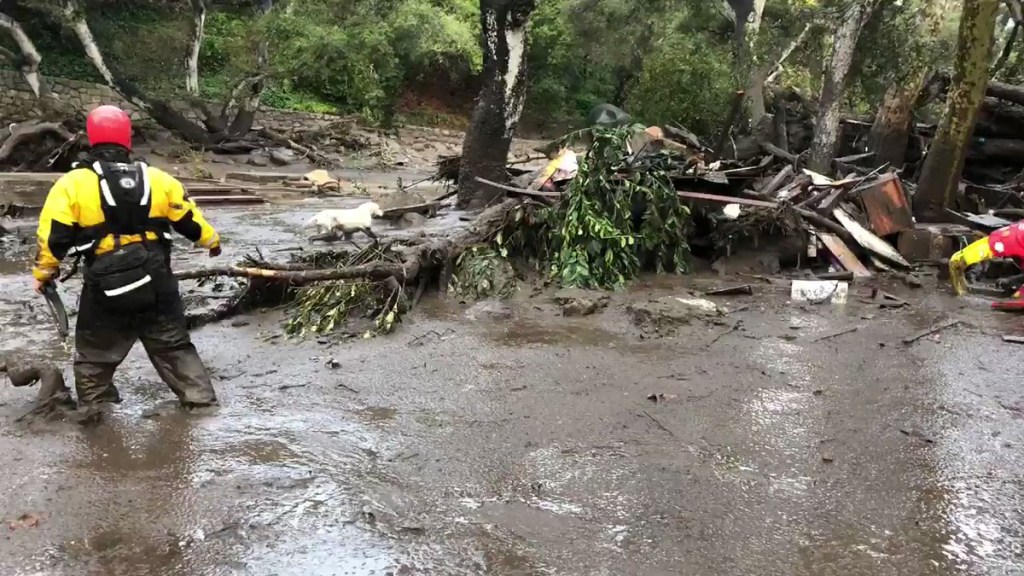 A rainstorm on Tuesday sent a waist-high flow of debris through Santa Barbara County that splintered homes, mired freeways, and killed at least five people, the Los Angeles Times reports.

A chain of weather-related disasters in California created the conditions that led to the mudslides. There was the four-year drought, followed by rains so heavy that officials had to evacuate an entire town beneath an eroding spillway. A flush of new plant growth burst out across the state after the rain — but green turned quickly to brown as summer baked the vegetation into tinder.

SoCal getting much needed rain after enduring the warmest + driest Mar-Dec in 120+ years pic.twitter.com/yvYK3tzeJO

The last nine months were hotter and drier in Southern California than they’d been in over a century. Add a spark and howling winds, and you get the worst fires in California history. Now, heavy rain has fallen on the scorched land — without leaves to protect it, or living roots to hold it in place — leading to floods and mudslides.

As climate change intensifies, so do the extremes in weather. And California weather has been nothing if not extreme in recent years.

Nathanael Johnson
One of Trump’s attempts to save coal was just killed by his own people.
New York City is taking BP, Chevron, ConocoPhillips, ExxonMobil, and Royal Dutch Shell to court.