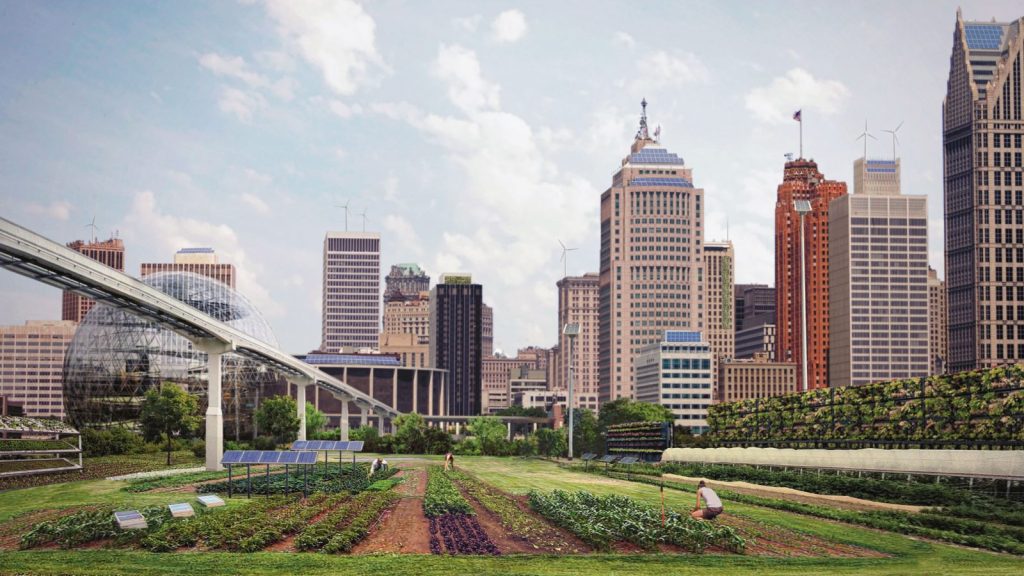 Yes, if Sen. Debbie Stabenow has her way. The Michigan Democrat announced The Urban Agriculture Act in Detroit on Monday.

The Department of Agriculture already offers support for city farmers, but this bill would add to those grants, loans, and education programs. It would also provide $10 million for urban ag research, $5 million for community gardens, incentives for farmers to provision neighbors with fresh food, and resources for composting and cleaning up contaminated soil.

So far Stabenow hasn’t released much more than a list of bullet points. The road from proposing a bill and passing a law is long, and details could change, which means there’s not much to analyze. But in general, urban ag is a mixed bag of policy greens.

Urban farms can build community, teach people about farming, and provide extra cash to laborers in cities, but they don’t create many good-paying jobs. If we farm vacant lots, rooftops, and former lawns, that’s likely a win for the environment. But if farms displace housing and spread cities out, that’s a loss. Similarly, if we replace plants grown under the sun with plants grown indoors under artificial lights, that’s no good for the climate.

For more on urban farms see our previous work, and this Next City analysis.

Nathanael Johnson
Twitter fell for a hoax that Trump’s camp deleted his Chinese hoax tweet.
Did you know September is National Preparedness Month?