A federal court has dealt a blow to protestors fighting the Dakota Access Pipeline. - Grist

The court end of the stick 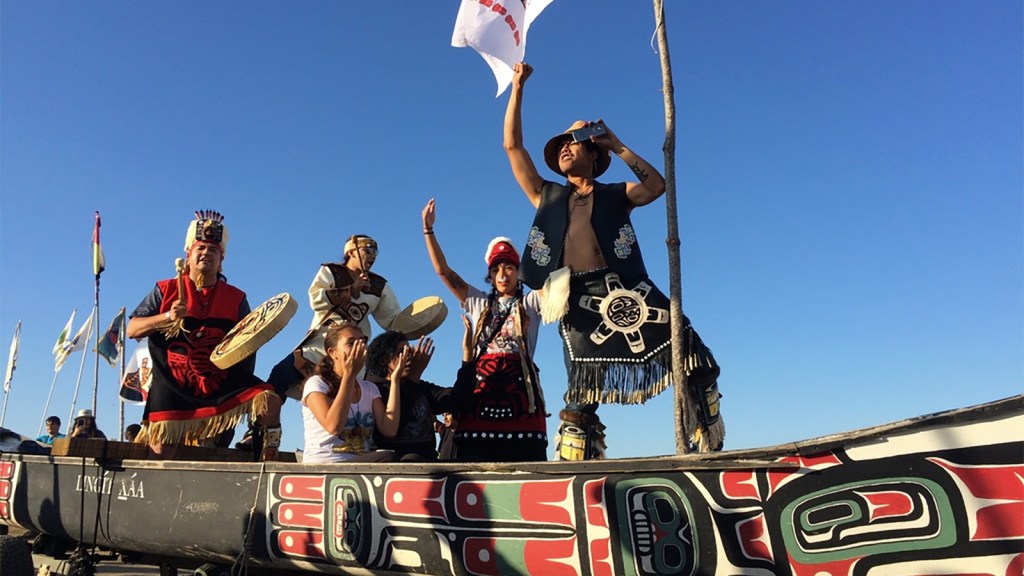 A federal court has dealt a blow to protestors fighting the Dakota Access Pipeline.

But the Standing Rock Sioux Tribe, leaders of the anti-pipeline campaign, vow to fight on.

The court on Sunday rejected the tribe’s request for a permanent injunction on construction of the pipeline, a 1,168-mile project that would carry fracked oil from North Dakota to Illinois. The Sioux argue that the pipeline would endanger sacred tribal grounds as well as their water supply by transporting nearly half a million barrels of crude a day within a half-mile of their reservation. At least 300 other tribes have joined the protest, as have environmental and climate activists.

The court’s ruling halts a temporary injunction against the company behind the project, Energy Transfer Partners, and allows construction to move forward on privately held land. But that doesn’t mean the fight is over. The final decision about the pipeline will come from the U.S. Army Corps of Engineers, which is currently reviewing the project.

In the meantime, opponents are undeterred. “The Standing Rock Sioux Tribe is not backing down from this fight,” said Dave Archambault II, chair of the tribe. “We will not rest until our lands, people, waters, and sacred places are permanently protected from this destructive pipeline.”

Katie Herzog
Our newest American hero is the only person who’s asked about energy policy in the debates.
Al Gore wants to convince millennials to vote for Hillary Clinton.