A flooded chemical plant near Houston is just going to keep exploding. - Grist 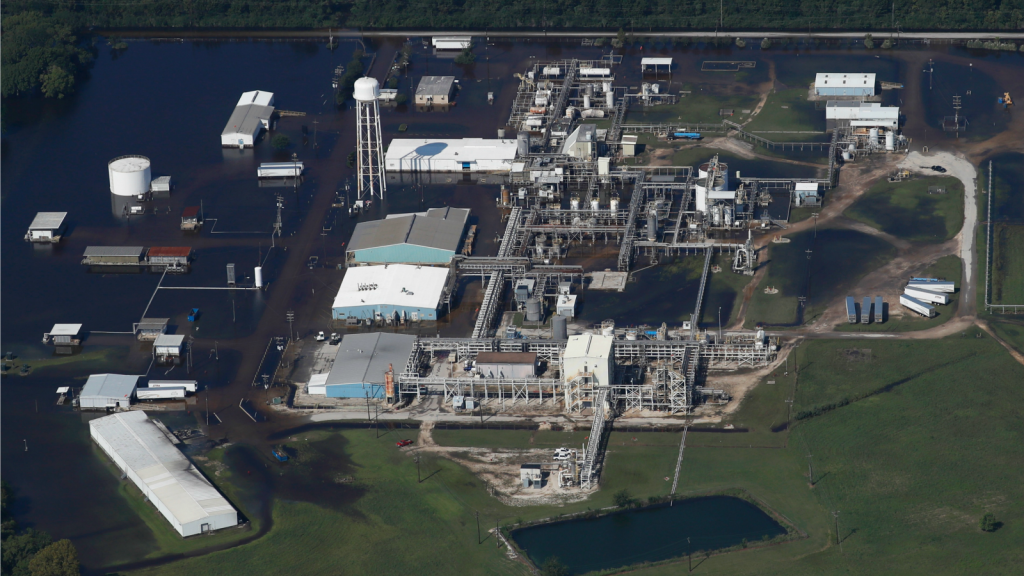 A flooded chemical plant near Houston is just going to keep exploding.

On Thursday, explosions and black plumes of smoke were seen coming from a chemical plant in Crosby, Texas, 15 miles east of Houston’s city center.

Arkema, the company that owns the plant, said there was nothing they could do to prevent further explosions. The volatile chemicals stored onsite need to be refrigerated at all times to prevent breakdown, but flooding from Harvey cut the plant’s power. The “only plausible solution” now is to let the eight containers, containing 500,000 pounds of organic peroxides, explode and burn out, Arkema CEO Rich Rowe said at a press conference on Friday.

That’s bad news for Arkema’s neighbors. On Thursday, 15 public safety officers were taken to the hospital after breathing in acrid smoke from the plant. After local officials took a peek at Arkema’s chemical inventories, they ordered everyone within a 1.5-mile radius of the plant to evacuate. We don’t know precisely what’s in the noxious fumes, as Arkema has refused to release details of the facility’s chemical inventories.

In the worst-case scenario documented in the company’s 2014 risk-management plan, the air pollution coming from the plant could put the 1 million people living within 20 miles radius in danger. That seems unlikely — but then again, Harvey has outdone plenty of worst-case scenario predictions so far.

Kate Yoder
Trump’s Harvey aid donation is a drop in the bucket compared to the storm’s real price tag.
Can we not talk about Hurricane Harvey’s effect on car sales right now?