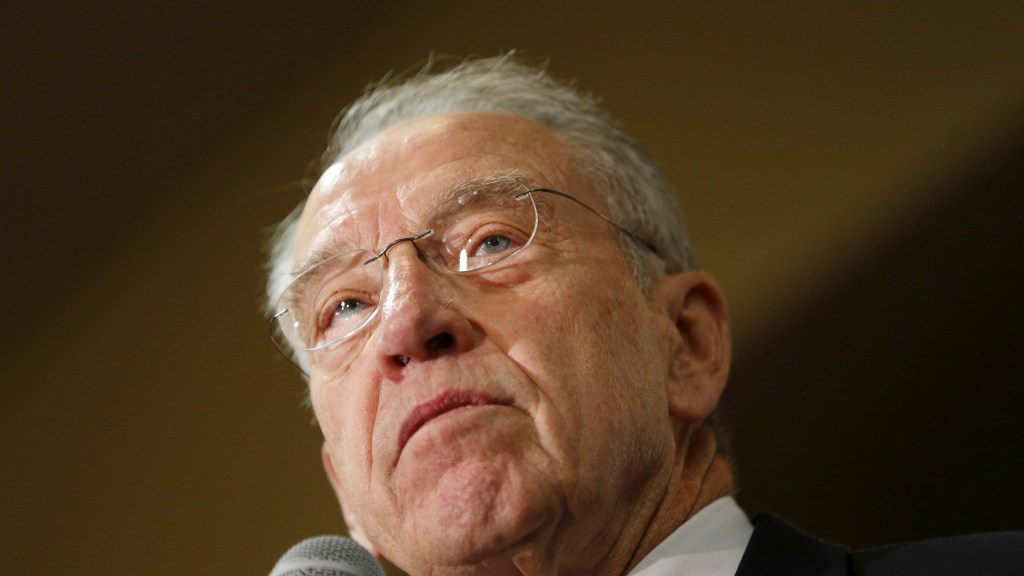 If Trump wants to do away with wind power, Chuck Grassley of Iowa told Yahoo News on Tuesday, “he’ll do it over my dead body.”

This statement isn’t out of character for Grassley, who also criticized Mitt Romney’s plan to end federal tax credits for wind energy in 2012.

Trump is no fan of wind: He unsuccessfully attempted to block the construction of a wind farm near his Scottish golf course, and while promoting his energy plan, claimed that wind farms kill over 1 million birds a year. In reality, experts estimate that wind turbines kill between 20,000 and 573,000 birds annually — far less than buildings or cats.

Grassley argued that wind is important because less for its environmental benefits than what it does for energy independence, “the most important reason for supporting all forms of alternate energy.”

The Iowa senator’s comments come when he’s caught in an unexpectedly tough reelection race, and while he’s under scrutiny for refusing to hold a confirmation hearing for President Obama’s SCOTUS pick.