A growing number of Republicans say Scott Pruitt is the wrong guy for the job. - Grist 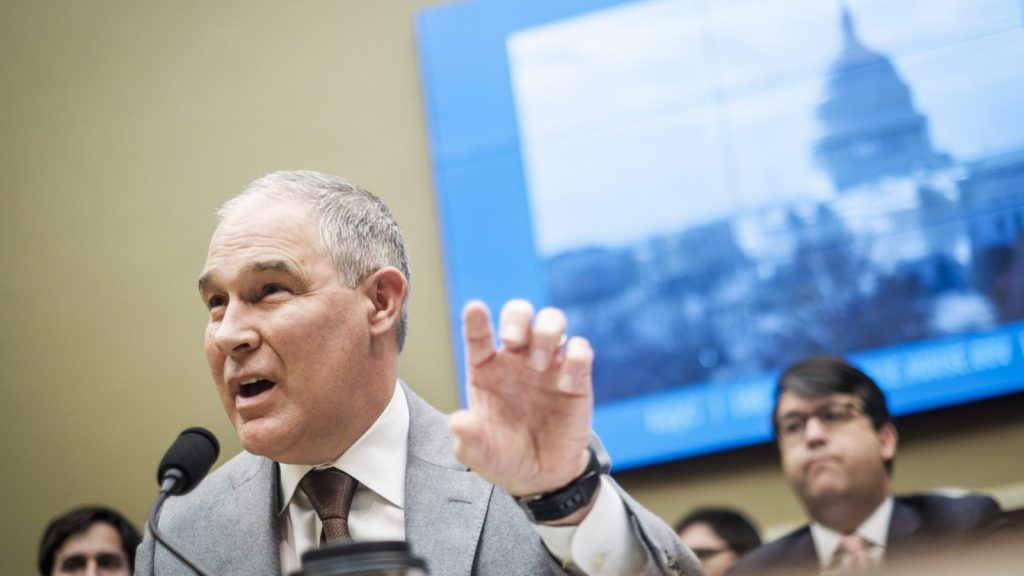 A growing number of Republicans say Scott Pruitt is the wrong guy for the job.

“Scott is doing a great job!” President Trump tweeted on Saturday. But others in the GOP have begun to turn on the EPA chief, who is tangled up in a spending-related web of his own making.

To name a few of Pruitt’s newly revealed shenanigans: There was the $50-per-night condo owned by energy lobbyists, plus the revelation that his 24/7 security detail costs taxpayers $3 million a year. He also went behind the White House’s back to give raises to two aides — and then apparently lied on live TV about it.

And remember all those first-class flights? AP reports that Pruitt flies coach on personal trips, only upgrading when taxpayers foot the bill.

Zoya Teirstein
Puerto Rico is closing a quarter of its schools and blaming it on Hurricane Maria, but teachers aren’t buying it.
Company halts controversial Canadian pipeline expansion after fierce opposition.