A House Energy and Commerce subcommittee finally got to grill Scott Pruitt on Thursday. - Grist 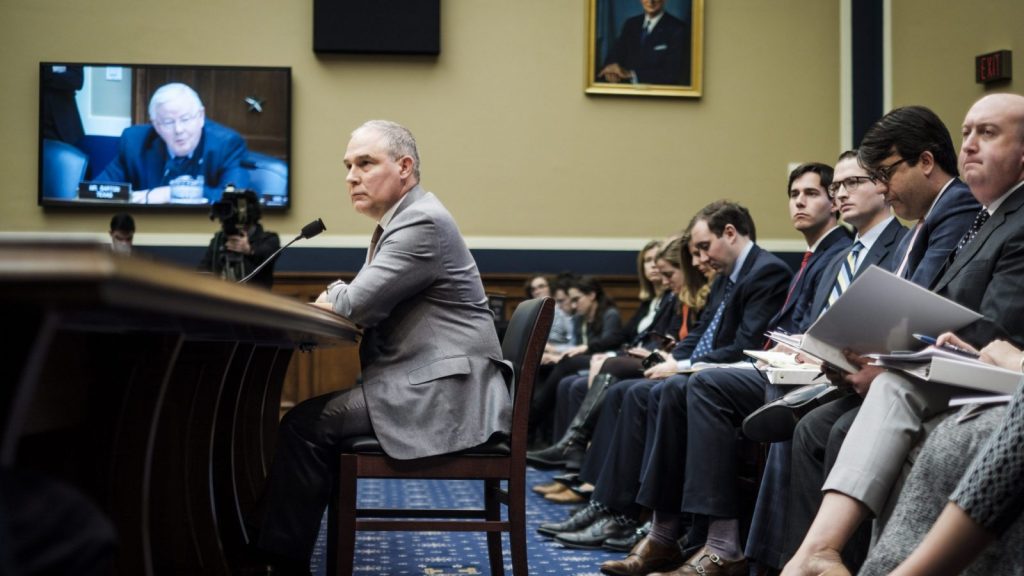 A House Energy and Commerce subcommittee finally got to grill Scott Pruitt on Thursday.

It was the EPA chief’s first appearance on Capitol Hill in six months.

Republicans and Democrats on the panel pressed Pruitt on the EPA’s budget and staffing issues, and the agency’s overall approach to climate change. The EPA administrator hedged his comments on the Supreme Court’s climate endangerment finding and diligently stuck to his talking points.

Pruitt told lawmakers he will replace Obama’s Clean Power Plan instead of repealing the carbon-emissions rule like he originally said. He plans to conduct a “review of questions and answers around the issues around carbon dioxide” by the beginning of next year.

The panel then broke for three hours to allow the EPA head to attend a White House meeting on biofuels. Texas Senator Ted Cruz told Politico that it was going to be a “free-ranging discussion” about the Renewable Fuel Standard — a decade-old, politically contentious program that requires transportation fuel to partially contain biofuels.

A group of environmental and health advocates rallied on Capitol Hill on the morning of Pruitt’s testimony to highlight the EPA chief’s dismantling of science advisory boards, questionable spending patterns, and lack of policy enforcement.

Pruitt is supposed to make a series of similar appearances in Congress, but his next visit won’t be until Jan. 31.

Zoya Teirstein
Southern California is burning, and so is Rupert Murdoch’s house.
Inmates are risking their lives to fight California’s raging fires.