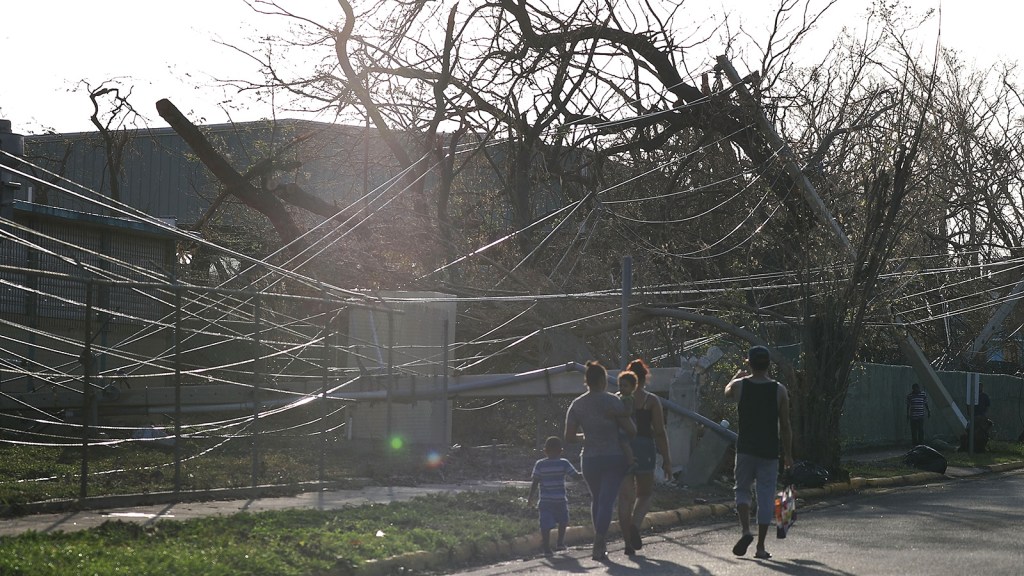 A leaked copy of Whitefish’s agreement with the government-owned Puerto Rico Electric Power Authority prohibits government bodies from auditing or reviewing “the cost and profit elements” of its labor rates. In addition, it states that Puerto Rico’s government “waives any claim against Contractor related to delayed completion of work.”

Let’s back up. Before Maria, Whitefish Energy was a two-person company. Its largest contract was $1.3 million. The company happens to be from Interior Secretary Ryan Zinke’s tiny hometown and is backed by a big donor to Donald Trump’s presidential campaign.

The contract gives Whitefish discretion for how it spends the money it got. The company charges high fees: around $230 per hour for linemen and $330 per hour for site supervisors, with additional costs for subcontractors. Plus, it charges more than $400 per person for food and accommodations each day.

U.S. lawmakers, FEMA, and Puerto Rico officials are looking into how Whitefish got the contract and how the Puerto Rico authority decided on the fees.

Puerto Rico doesn’t have time for delays. The island is in the middle of the biggest blackout in U.S. history. Just 27 percent of the island had electricity on Friday morning, more than a month after Hurricane Maria struck.

Kate Yoder
Overworked and understaffed, the National Weather Service is “on the brink.”
Trump wants to keep the largest coal plant in the West, built on Navajo land, open.