A massive climate march is coming soon to Washington. - Grist 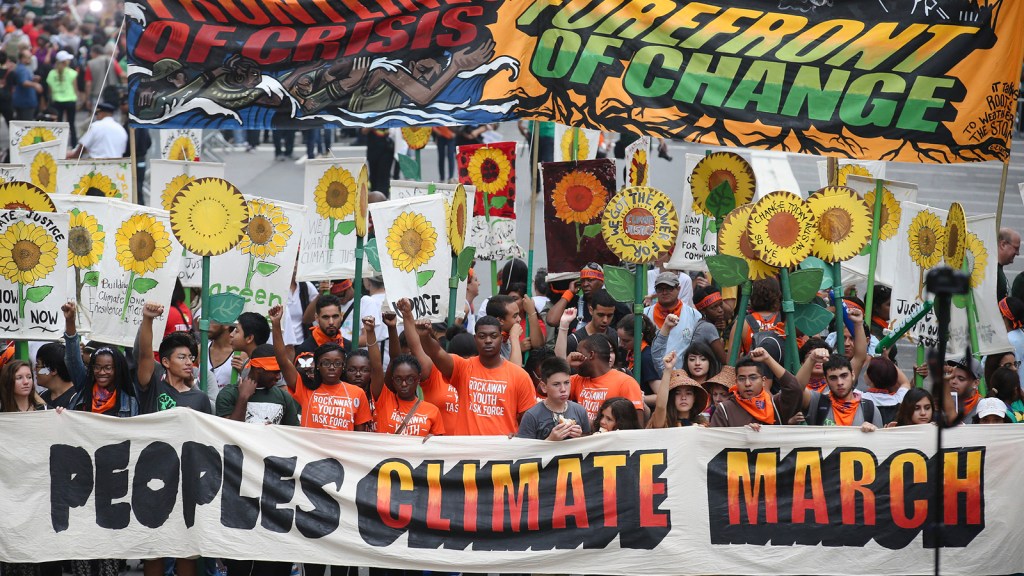 A massive climate march is coming soon to Washington.

The People’s Climate March will descend on D.C. with an intersectional coalition of green and environmental-justice groups, indigenous and civil-rights organizations, students and labor unions. The march will take place on Saturday, April 29, exactly 100 days into Trump’s presidency.

In January, the Women’s March gathered half a million demonstrators in D.C. alone. There have also been talks of an upcoming Science March, which has no set date but almost 300,000 followers on Twitter.

April’s climate march is being organized by a coalition that emerged from the People’s Climate March of 2014, a rally that brought 400,000 people to New York City before the United Nations convened there for a summit on climate change. It was the largest climate march in history — a record that may soon be broken.

“Communities across the country have been working for environmental and social justice for centuries. Now it’s time for our struggles to unite and work together across borders to fight racism, sexism, xenophobia, and environmental destruction,” Chloe Jackson, an activist with Missourians Organizing for Reform and Empowerment, said in a statement. “We have a lot of work to do, and we are stronger together.”

Sabrina Imbler
If you’re looking for a beacon of hope, read this article about young Dakota Access protesters.
Remember that time when Neil Gorsuch’s mother tried to dismantle the EPA?