A massive gas-price hike in Mexico is leading to frustration, violence, and death. - Grist 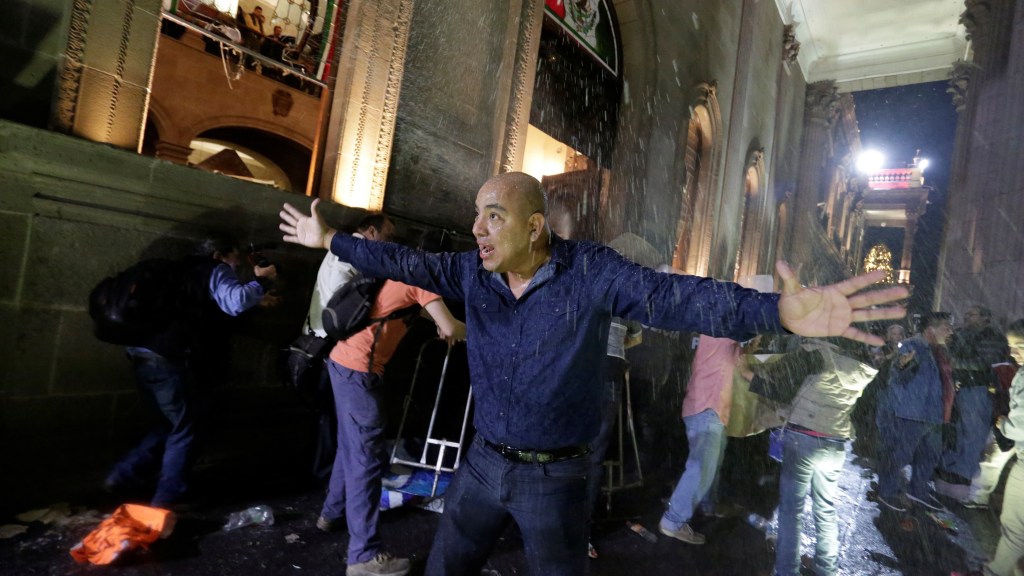 A massive gas-price hike in Mexico is leading to frustration, violence, and death.

Gasoline and diesel have been subsidized and controlled by the national government, which has kept prices the same at state-run stations across the country, but now that’s changing — and the change is causing chaos.

Starting on New Year’s Day, the government of President Enrique Peña Nieto increased gas prices up to 20 percent. It’s part of an effort to bring foreign companies and competition into the country’s state-run energy market.

But significantly raising gas prices in a country that still runs on petroleum means that everything else gets more expensive, too. That’s why farmworkers and truckers are protesting the gas hike by blocking major highways and bringing traffic to a standstill. Uber has already raised its rates. Even weed prices are higher now. There is, of course, a hashtag: #gasolinazo.

Mexican citizens have taken to hijacking tankers, running over police, and blocking the U.S.-Mexico border in order to show their unhappiness. In response, police have arrested more than 1,500 people and killed at least four.

Peña Nieto insists there’s no alternative to the gas hike — a stance that is further damaging an already unpopular president.

Aura Bogado
Can Californians blame climate change for their latest weather woes?
ExxonMobil could reap as much as $1 trillion under Trump, report says.