A Syrian refugee camp got solar power for the first time. - Grist 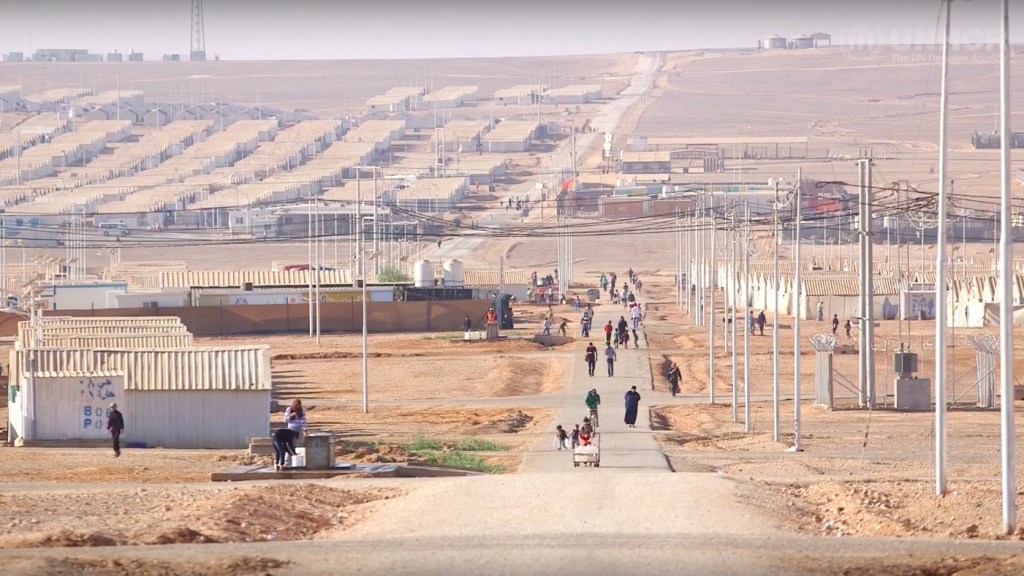 A Syrian refugee camp got solar power for the first time.

In a desert in northern Jordan, thousands of families can now light their shelters, plug in fridges, and charge cellphones, thanks to a solar plant that began operating on Wednesday.

Azraq — the second largest camp in Jordan — is the world’s first refugee camp to be powered by clean energy, according to the U.N. Refugee Agency. Before this year, refugees lived in Azraq for two years with no electricity aside from solar lanterns; now 20,000 of the camp’s 35,000 are hooked up to solar.

The $9.7 million solar plant, funded by IKEA’s Brighter Lives for Refugees campaign, will save the U.N. Refugee Agency $1.5 million a year in electricity costs and improve quality of life in the camp.

The investment in renewable energy speaks to the prolonged nature of the conflict in Syria, from which nearly 5 million people have fled since civil war broke out in 2011.

Amal Muhammed, who has lived in Azraq for two years, said that a steady electricity supply has been a welcome change: “Before, it was not safe, and it was dark.”