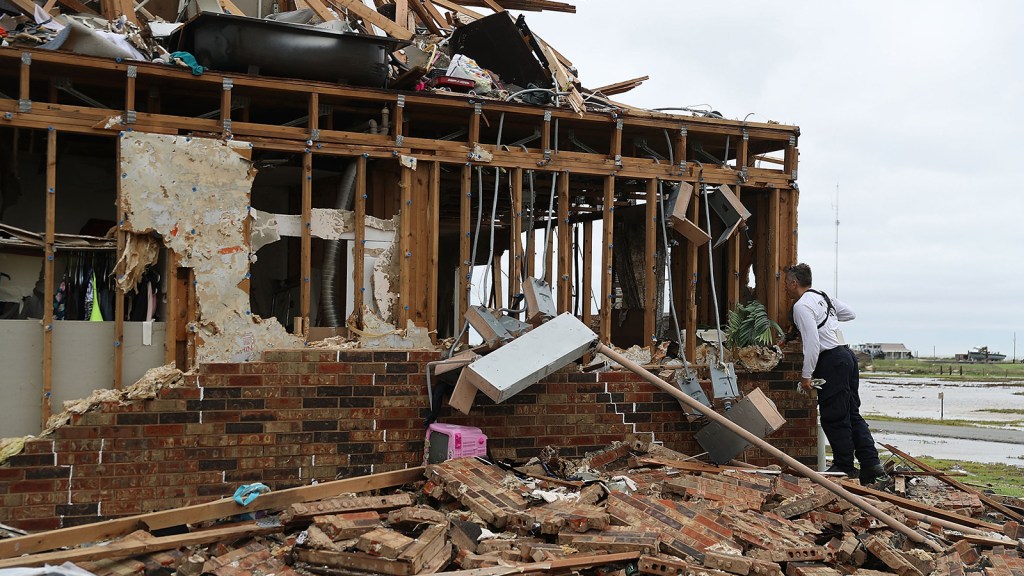 The mayor of the coastal town of Rockport, Texas, said on Tuesday that the community will likely suffer permanent damage from the Category 4 storm.

It’s been nearly two months since Hurricane Harvey tore through Texas, leaving behind decimated buildings, torn-up infrastructure, and thousands of displaced people. While most national media attention focused on Houston, Rockport, population 10,645, suffered some of the hurricane’s worst wind and storm surge damage.

During a panel discussion in Victoria, Texas, Mayor Charles Wax said that approximately one-third of the town was destroyed in the hurricane, and a significant portion of that will be impossible to rebuild.

Only 300 of Rockport’s 1,300 businesses have reopened since the storm, 856 of Rockport’s 2,400 students have left the school district, and the town lost most of its trees in the storm. Disaster relief crews have cleared almost 800,000 cubic yards of vegetation felled by hurricane winds and rain.

Wax, along with three other coastal Texas mayors coping with staggering devastation from the hurricane, said he has received more help from the state government than from FEMA. The agency is definitely spread a bit thin, it seems.

Zoya Teirstein
Half of all rides on Uber and Lyft didn’t have to happen.
New Mexico: OK, fine, we’ll put science back in science standards.