A volcano in Bali could erupt at any minute. More than 75,000 people have evacuated. - Grist 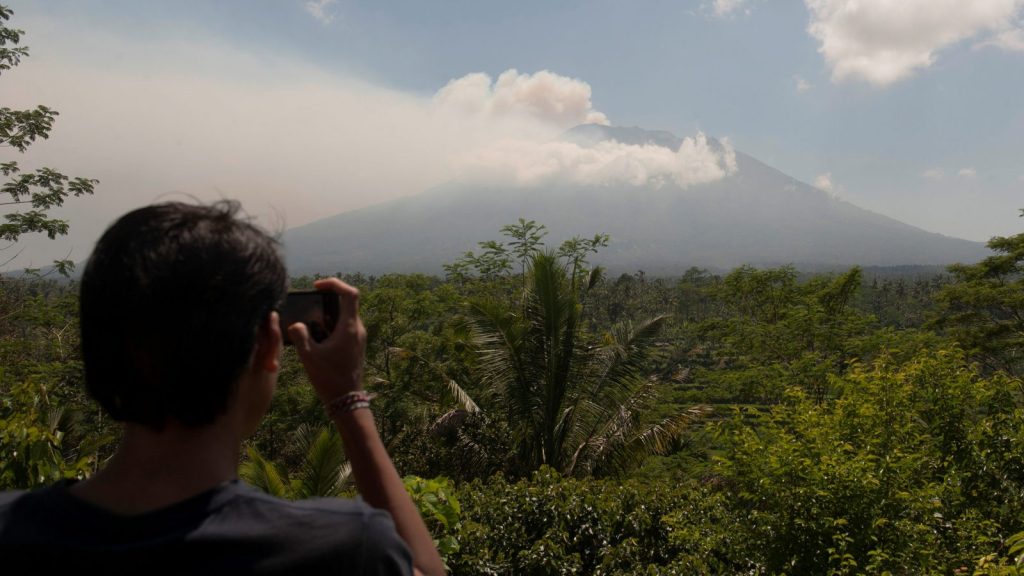 A volcano in Bali could erupt at any minute. More than 75,000 people have evacuated.

People are seeking refuge in camps, village halls, and relatives’ homes after fleeing the area around Mount Agung in Indonesia.

Mount Agung experienced hundreds of volcanic earthquakes on Monday and Tuesday, an indication that magma is moving toward the surface and an eruption may be coming. Local officials warn it could be just a “matter of hours.”

“Instrumentally we have never recorded such high energy or seismicity from Mount Agung,” Devy Kamil Syahbana, an Indonesian seismologist, told the Guardian. Authorities urged people to move out of the danger zone, an area within a seven-mile radius of the crater.

When the volcano last erupted in 1963, more than 1,000 people were killed. The explosion sent ash 12 miles high and spewed sulphur dioxide, which reacted with water vapor in the atmosphere to form droplets of sulphuric acid. The resulting haze in Earth’s stratosphere cooled global atmospheric temperatures by 0.1–0.4 degrees C.

There’s no telling exactly when Agung will go off again, but an eruption could have a similar, temporary effect on the atmosphere.

Kate Yoder
Hurricanes have made Caribbeans the world’s latest climate refugees.
A new lawsuit argues that a river should have a person’s rights.