A week after 50 farmworkers were sickened by pesticides, the EPA punts on protecting them. - Grist 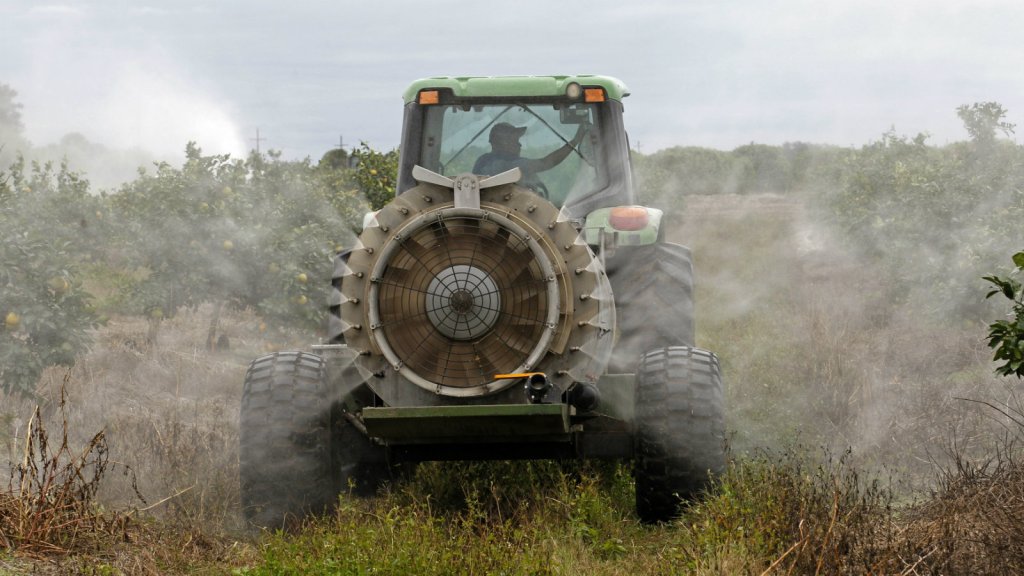 A week after 50 farmworkers were sickened by pesticides, the EPA punts on protecting them.

In 2015, the EPA released an update to the “worker protection standard” that shields farmworkers from insecticide poisoning — the first update in a quarter century. Now it’ll be pushed back for an indefinite period.

The new regulations would ban kids under 18 from mixing and spraying chemicals, mandate that workers get yearly safety training, and direct farmers to keep laborers farther from active pesticide spraying.

The importance of worker safety standards was highlighted by the recent poisonings of cabbage pickers outside Bakersfield, California. A mist containing the pesticide chlorpyrifos blew over from a neighboring field and settled over them, hospitalizing at least one farmworker.

The organization representing state departments of agriculture, which requested the delay shortly after Trump’s election, saying that regulators needed more time to prepare.

But worker advocates said that farmers and regulators had plenty of time to comply with the new standards.

“We think it took EPA way too long to come out with these rules,” said Earthjustice attorney Eve Gartner. “The fact that a year and a half after these rules are adopted, a new administration comes in and puts them on hold is just outrageous.”

Nathanael Johnson
Meet the fixer: This scientist connects investors to new food tech.
The EPA asked the public which rules to scrap and got chewed out.