A week after Hurricane Maria struck, the U.S. Virgin Islands are in shambles. - Grist 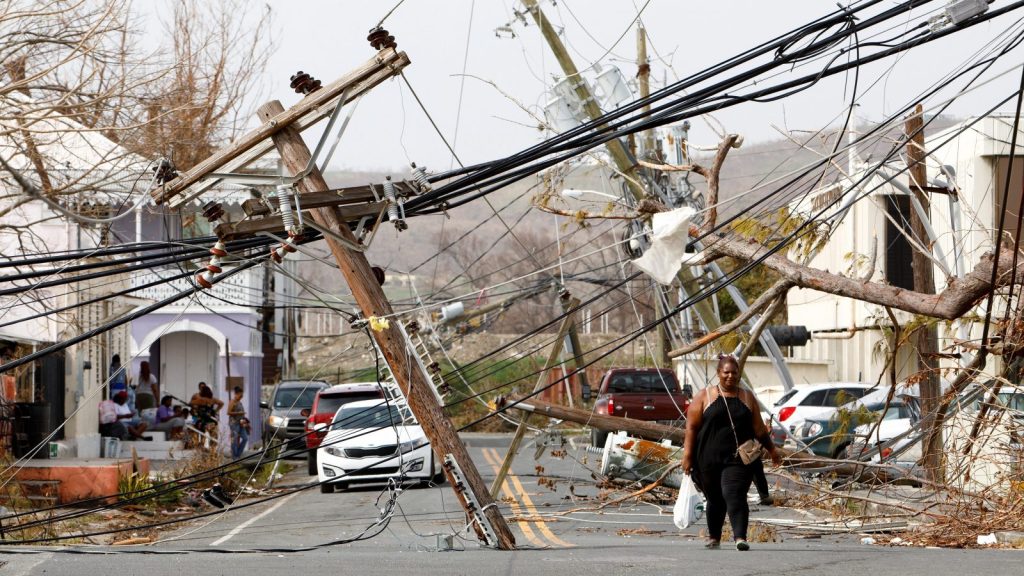 A week after Hurricane Maria struck, the U.S. Virgin Islands are in shambles.

The recovery effort trudges along after the Category 4 storm destroyed what Irma spared, flattening buildings and tangling power lines. More than 100,000 people live in the U.S. territory, and many of them are now waiting for power, medicine, and fuel.

“It will be a while before this place returns to a semblance of normalcy,” National Guard Chief Joseph Lengyel told Fox News.

Public school buildings are too damaged for students to attend classes, the New York Times reports. The main hospitals will have to be torn down and rebuilt. The power might not be back until December. And authorities have advised residents to boil their water before consumption, fearing contamination.

Making recovery harder is the nearly $2 billion in debt the Virgin Islands is carrying. That’s more per capita than Puerto Rico.

“The economy evaporated pretty much overnight,” one restaurant owner told the Times. Tourism makes up a third of the islands’ gross domestic product. The biggest resorts will stay closed until at least next year, meaning fewer customers for restaurants and bars and fewer jobs.

While attention is focused on the humanitarian crisis affecting millions in Puerto Rico, 40 miles to the west, the Virgin Islands remain mostly out of mind.