A woman who fought predatory oil and gas leasing on Native lands got the Presidential Medal of Honor. - Grist 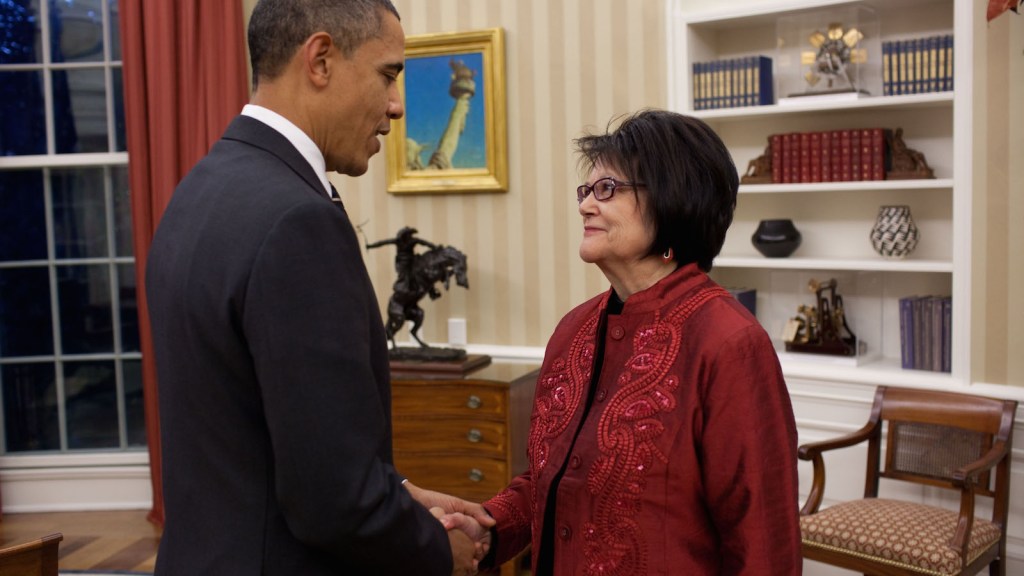 A woman who fought predatory oil and gas leasing on Native lands got the Presidential Medal of Honor.

It’s not often that the highest civilian honor in America goes to an accountant, but Elouise Cobell was no ordinary accountant.

Cobell grew up on a reservation in Montana in the 1950s, a time when America was flush with cash. But Cobell’s home, like many, didn’t have a telephone, running water, or electricity, even though the Blackfeet Tribe owned acres of valuable land.

The Blackfeet knew what was up. The land was being leased out by the Bureau of Indian Affairs and the Department of the Interior, and the money never made it back to the reservation. Cobell learned accounting and banking, which ultimately led her to file a landmark, 15-year-long lawsuit. When it was over, the Department of the Interior agreed to pay $3.4 billion to compensate for decades of lost revenue and to purchase land that had been split up so that it could be returned whole to the tribes.

The process of freeing Blackfeet land from oil and gas leases continues today. The Department of the Interior announced a settlement with one of the last companies holding a lease to Badger-Two Medicine, the site of many Blackfeet creation stories.

Cobell died in 2011, but the ideals that motivated her live on, most visibly at Standing Rock.

Heather Smith
Pulling out of the Paris Agreement is a bad idea. Even Bill O’Reilly knows that.
Um, where did all of the Arctic and Antarctic sea ice just go?