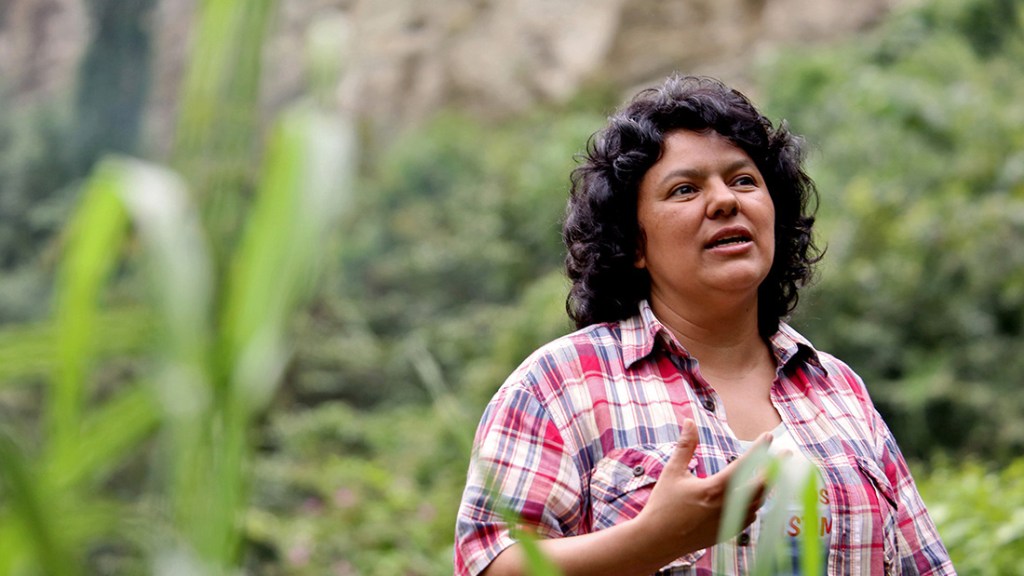 In 2015, she won the Goldman Environmental Prize for leading the indigenous Lenca people in a campaign to stop a hydroelectric dam project on their land in Honduras. And on March 2, 2016, she was shot dead in her home.

In the months following her death, Honduran authorities arrested six men with connections to the military and the dam project. Two others were arrested early this year. But many of Cáceres’ fellow activists believe the real mastermind remains at large.

Cáceres’ death, though a high-profile tragedy, has done little to stop blood from being spilled in Honduras: It remains the deadliest country for environmental activists.

But local grassroots activists still feel her presence acutely. They say her death has made their resistance stronger. As her nephew Silvio Carrillo told CNN, “Berta didn’t die, she multiplied.”