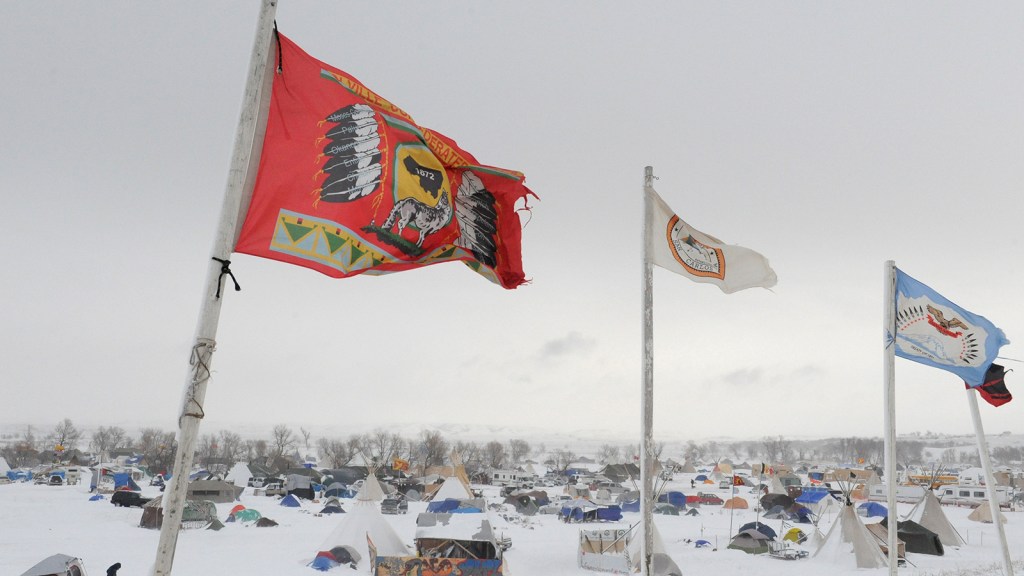 State officials have threatened to charge any person found transporting “prohibited items” into the Dakota Access Pipeline protesters’ camp. The no-go list includes food, lumber, and Port-a-Potties, with fines as high as $1,000.

The office of Gov. Jack Dalrymple had initially suggested more extreme tactics: cutting off access to the camp with a physical blockade, essentially laying siege to Standing Rock.

Activists were quick to point out that this threat smacked of historical violence against Native Americans — as in the 1830s, when U.S. soldiers starved Native tribes in internment camps after forcing them from their land and onto the Trail of Tears.

The Oceti Sakowin Camp already faces hostile winter conditions, with 10 inches of snow since Monday, and temperatures continuing to drop below freezing.

Veterans, we imagine, are not included on the “prohibited items” list. Over 2,000 of them will travel to Standing Rock on Sunday, pledging to act as “human shields” for the protestors. Led by former Marine Corps member Michael A. Wood Jr., the group promises to “defend the water protectors from assault and intimidation at the hands of the militarized police force.”