Hit me baby, one Gore time 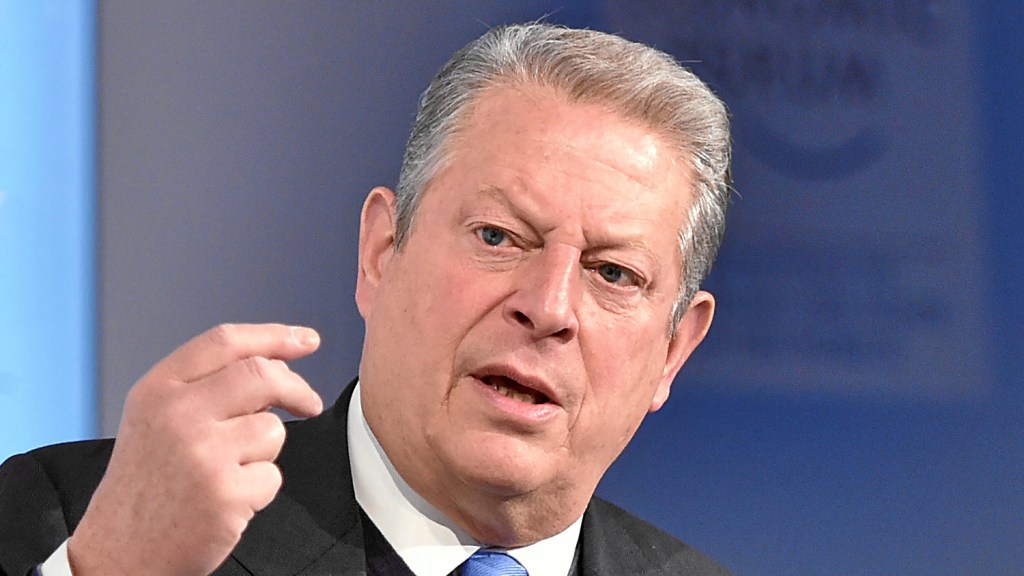 The former veep and long-time climate activist has been largely absent from politics in recent years, but Gore will campaign with Clinton in Florida on Tuesday.

Gore aims to reach young voters who are concerned about climate change and may be inclined to vote for a third-party candidate, The Washington Post reports. Florida is a particularly symbolic place to do it. Gore’s loss in the state in 2000 led to George W. Bush’s election, and some blame that loss on Florida voters who cast their votes for the Green Party candidate instead of the Democrat.

Florida is also significant ground in the battle against climate change, vulnerable to both sea-level rise and storms like Hurricane Matthew. Gore’s visit to the state will come just days after Matthew whipped along Florida’s east coast, killing at least six people in the state and temporarily taking down power for 1.2 million. Research indicates that Atlantic hurricanes may become less frequent as global temperatures rise, but the ones that do form may be even stronger.

That message might resonate even with people who don’t know who Ralph Nader is.