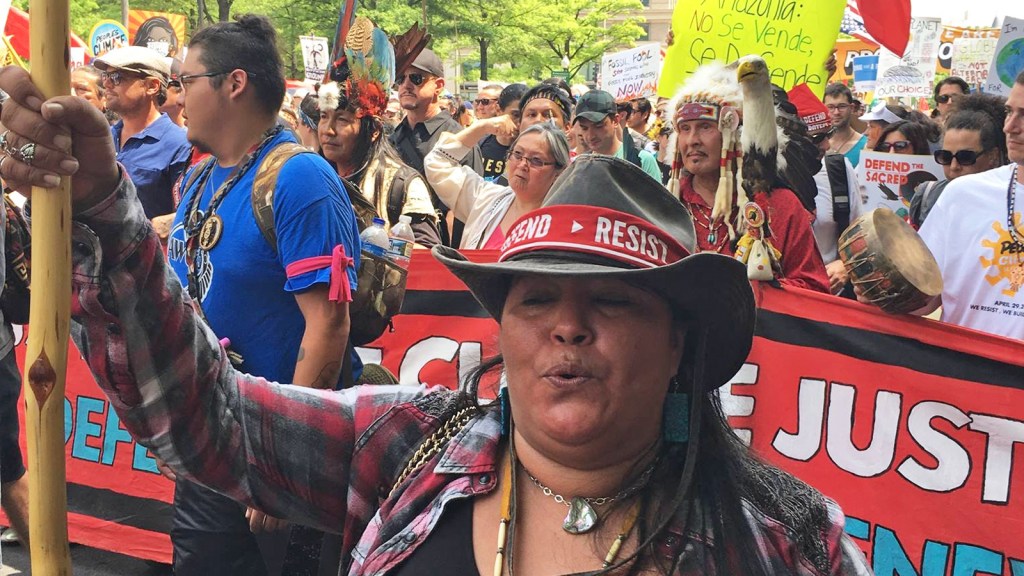 Last Friday, the president signed an executive order to open up territory in the Arctic and Atlantic Oceans to offshore oil and gas exploration. On Wednesday, the group Resisting Environmental Destruction on Indigenous Lands joined other environmental groups — including the League of Conservation Voters, Sierra Club, and the Natural Resources Defense Council — in filing a lawsuit in federal court to stop that order.

President Trump was aiming to undo a move that then-President Obama made in December, one month before Trump’s inauguration. Obama banned oil drilling in nearly all of the U.S.-held Arctic, as well as underwater canyons in the Atlantic. Obama’s move relied on an obscure law from the 1950s which literally states that the president can “from time to time, withdraw from disposition any of the unleased lands of the outer continental shelf.”

Trump’s order modifies the language of Obama’s so it covers other, already-protected areas. Opponents say that’s illegal. The court battle could result in a momentous clarification on the limits — and permanence — of executive moves to protect federal lands.

“The permanent protections President Obama established for the Arctic and Atlantic Oceans were won with years of research, lobbying, and organizing,” said League of Conservation Voters President Gene Karpinski. “We aren’t about to go down without a fight.”

Nikhil Swaminathan
The current winner in the race to make vegan food products? Germany.
Meet the fixer: This Bronx community organizer is spreading the wealth.