the law of the jungle 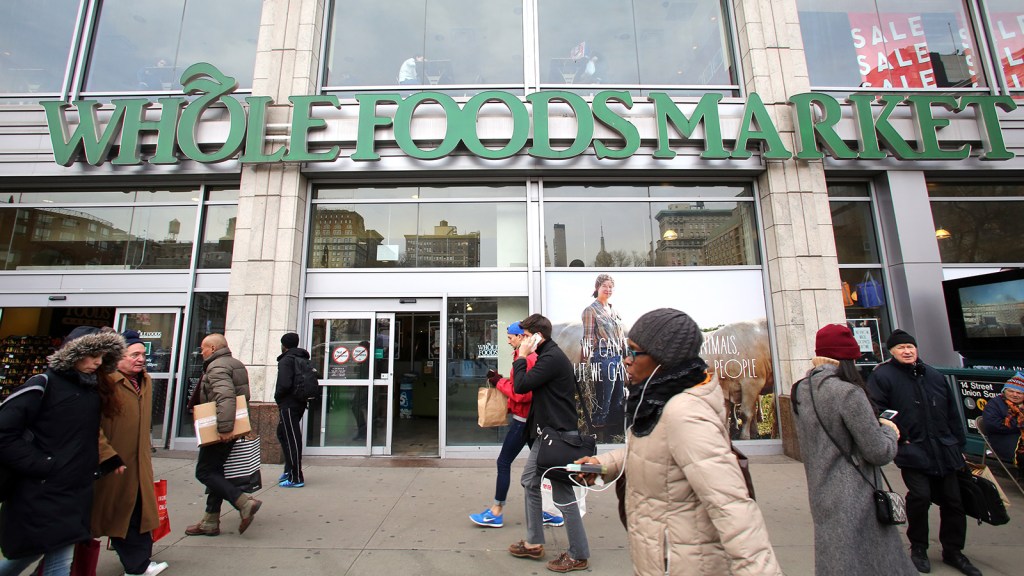 Amazon’s been angling in on the grocery game for a while now. It finally took the plunge with the $13.7 billion purchase Friday.

The sale gets Amazon a lot more than some pricey local produce. It also gives the online retailer a network of brick-and-mortar stores that could act as warehouses and delivery hubs in its distribution system.

Amazon did not just buy Whole Foods grocery stores. It bought 431 upper-income, prime-location distribution nodes for everything it does.

That puts the company one step closer to solving the “last-mile” problem for delivery-based businesses, reports Slate. Bundling grocery shopping and receiving Amazon orders into one-stop shopping will cut down on the number of trips you (and your fossil fuel–powered transportation of choice) have to make overall.

Envision a future where people pick up their organic groceries and an Amazon shipment as part of a daily commute. They’d potentially have a much smaller carbon footprint than delivery trucks that have to trawl long miles from cul-de-sac to cul-de-sac (as we’ve explained before). Meanwhile, those suburban folk who might drive miles to Whole Foods just to pick up, oh, some fresh local scallops or a head of organic garlic, could reap the carbon rewards of grocery carpooling.

So, there, one silver lining in Amazon’s increasing infiltration of all aspects of daily life ever.