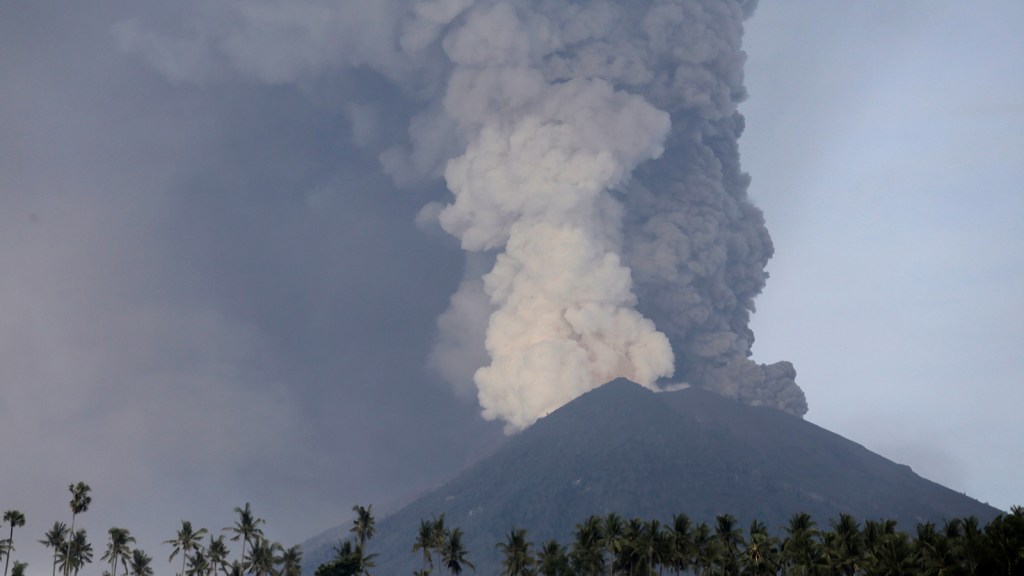 Over the weekend, Indonesia raised the alert on Mount Agung to level IV — its highest level — as a huge plume of ash and steam began to pour from the volcano’s summit in eastern Bali.

One U.S. geologist already labeled it a “full eruption.” About 100,000 people have been asked to evacuate the area nearest the volcano, where more than 1,000 people were killed during an explosive eruption in 1963.

Local aid organizations have begun distributing gas masks and goggles to residents, reports the BBC, as well as solar-powered televisions for emergency announcements. The island’s airport has shut down and hundreds of flights have been canceled.

Should the eruption escalate, it could have worldwide climate implications, including temporarily cooler temperatures. In 1815, the eruption of nearby Mount Tambora altered weather patterns worldwide, leading to crop failures in Europe and the infamous 1816 “year without a summer” believed to be the inspiration for Mary Shelley’s novel Frankenstein.

Agung very likely won’t become a Tambora-scale disaster, but its ash and gas emissions could still block some of the sun’s rays for the next year or two. After that, however, the global climate will continue to behave as if the eruption had never happened.

You can watch live video of the eruption here.

Eric Holthaus
High rent? No health care? Young farmers: They’re just like us!
The Keystone pipeline has leaked way more often than TransCanada said it would.