An obscure disaster-relief law was used to clear the Dakota Access camp. - Grist 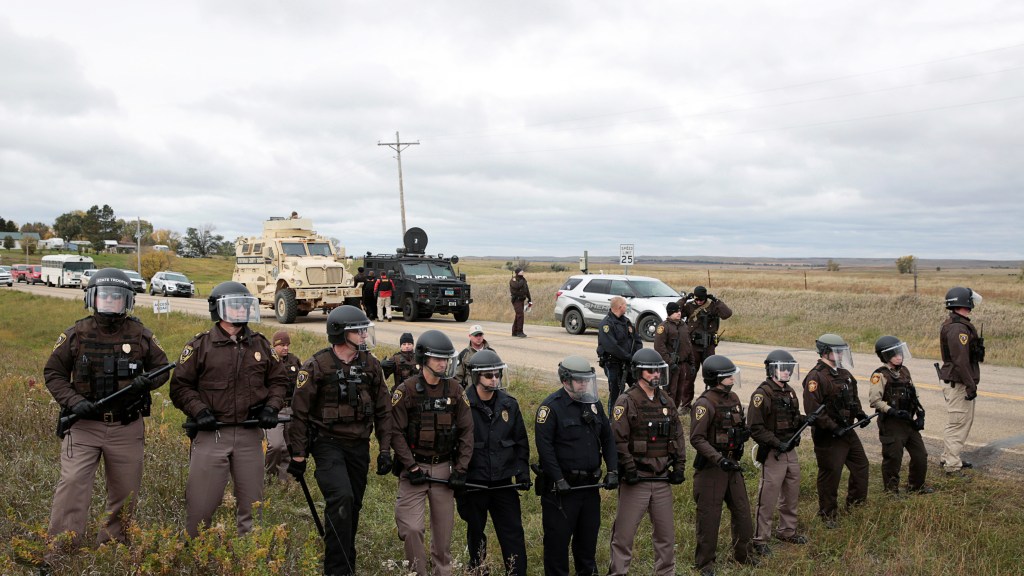 An obscure disaster-relief law was used to clear the Dakota Access camp.

The 1996 Emergency Management Assistance Compact (EMAC) allows other states to send law enforcement and employees when a governor declares a state of emergency — or, according to its website, “whenever disaster strikes!”

The compact encompasses all 50 states, Washington, D.C., and some territories, including Puerto Rico. Big hurricane hit your state? EMAC facilitates another state sending over emergency personnel while taking samples back to their state’s lab to test for contamination.

But it is also being activated to quell dissent.

Riot-clad police arrested 141 people Thursday for what the local sheriff says is trespassing on private property near a local highway. As EcoWatch, DeSmog, and local outlets point out, North Dakota Governor Jack Dalrymple used EMAC to bring in law enforcement from six states to clear the encampment near construction for the Dakota Access Pipeline.

The mutual aid law was also used in Baltimore in 2015 following Black Lives Matter protests mourning the death of Freddie Gray. EMAC was even used ahead of anticipated protests at the Republican National Convention, resulting in the deployment of an additional 5,500 cops from across the country to Cleveland this summer.

EMAC director Angela Copple and her staff didn’t respond to a request to explain about why the program is being used in North Dakota.

Aura Bogado
This Halloween, be a jerk — for the planet.
Leonardo DiCaprio’s new climate change film is now streaming.