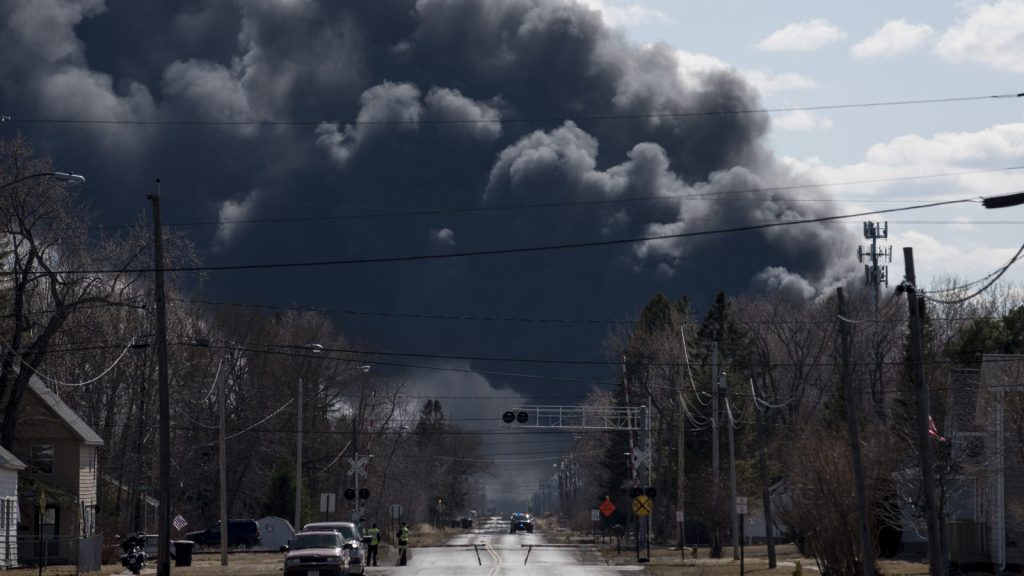 An oil refinery exploded in Wisconsin, forcing thousands to evacuate.

The Husky Energy refinery in the city of Superior was in the process of stopping operations for repairs on Thursday when a tank exploded, leading to a fire and huge plumes of smoke. After the initial blaze was put out, another punctured tank went up in flames. More than a dozen people were injured.

A state of emergency and a mandatory evacuation order were lifted Friday morning. Officials are still investigating what led to the explosions.

The incident comes as Minnesota deliberates over the construction of the embattled Enbridge Line 3 project, which would run from Hardisty, Alberta, to Superior, Wisconsin. The Husky refinery already receives crude from Alberta and North Dakota via Enbridge pipelines, and it processes 50,000 barrels of oil each day.

Evacuations allegedly nearly interfered with criminal cases lodged against Wisconsin water protectors opposing Line 3, who were due to appear in court Friday. However, a court clerk in Douglas County told Grist that all court proceedings were held as normal.

The Husky refinery has run into trouble in the past. It was fined $21,000 in 2015 for violations related to emergency response and flammable liquids. It also paid almost $32,000 in penalties over the last five years for violating the Clean Air Act. On Friday morning, the Environmental Protection Agency declared the air quality safe in Superior.