As drought shaming fades in California, lawns are making a comeback. - Grist

pain in the grass 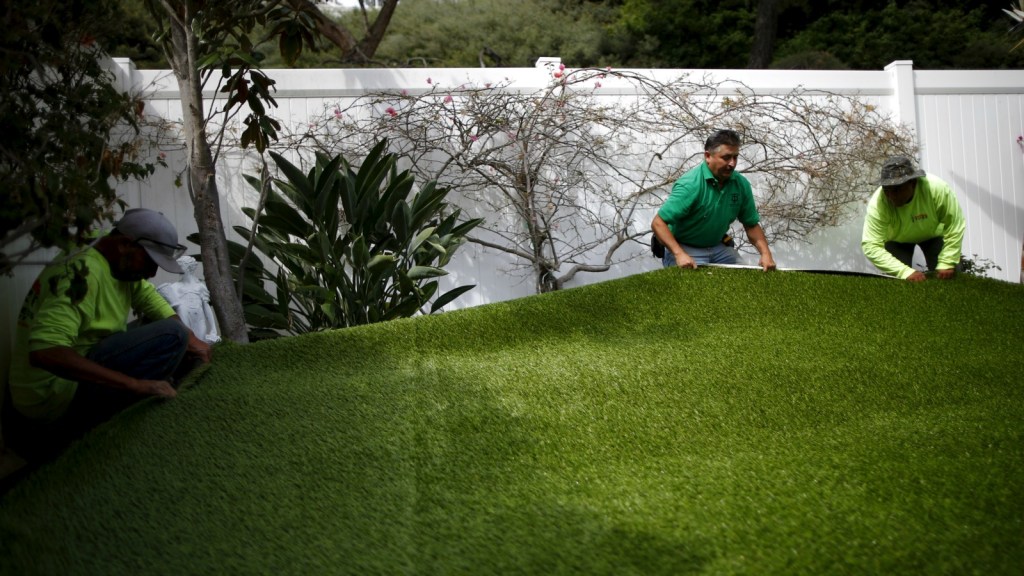 As drought shaming fades in California, lawns are making a comeback.

Following an exceptionally dry winter in 2015, Gov. Jerry Brown mandated that cities cut back on water use by 25 percent. Californians responded by letting their grass turn brown, or replacing it with artificial turf and less thirsty plants.

Sod suppliers, landscapers, and conservation activists now say that lawns are coming back into fashion, the Guardian reports. California did away with mandatory water restrictions in June, which may have sent the wrong message to residents. In August, urban water consumption had risen nearly 10 percent from the previous year.

Before it dropped these restrictions, the state spent $350 million on rebates for those who tore out their water-sucking grass. Anti-lawn campaigns emerged, such as “Brown is the new green,” and the media drought shamed those who maintained lush, grassy expanses.

It seemed like these efforts were working: One major lawn supplier saw orders plunge from 500 per day to 80 during the height of drought shaming.

The orders have now crept into the hundreds — despite the severe drought conditions that persist. Another dusty winter would send California into its sixth straight year of drought.

Kate Yoder
Now you can use Google to organize your neighbors around solar.
In Donald Trump’s final stretch in New Hampshire …