As far as these states are concerned, the Paris climate agreement is still on. - Grist 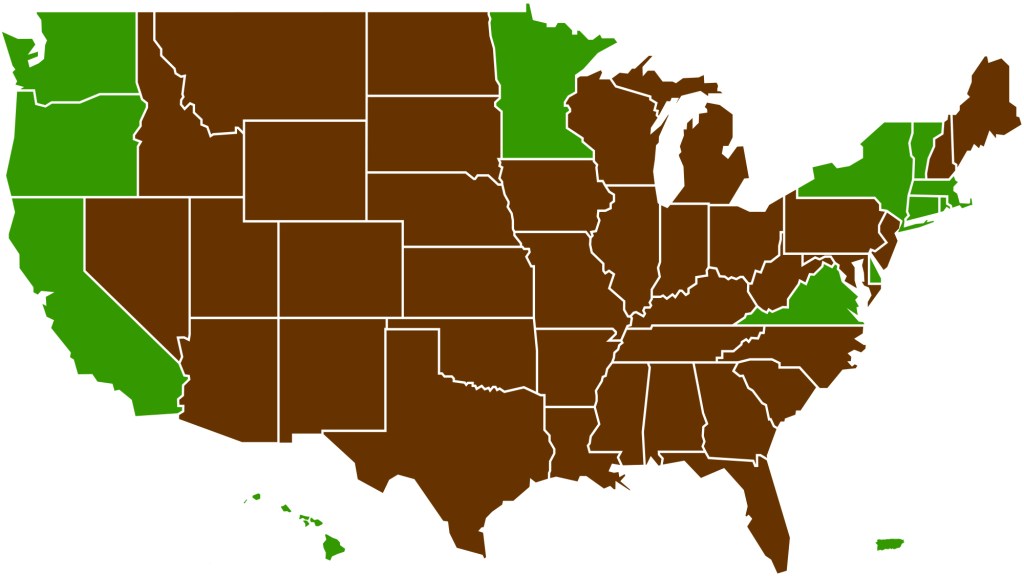 As far as these states are concerned, the Paris climate agreement is still on.

A group of 13 states and territories have banded together to fill the ginormous U.S.-shaped hole in the Paris Agreement.

After Trump announced on Thursday that he would extricate the U.S. from the accord, governors in Washington, California, and New York quickly announced they would forge on without him. The United States Climate Alliance now includes Oregon, Minnesota, Vermont, Puerto Rico, and more (see all the states shaded in green above). The group accounts for roughly 35 percent of the U.S. economy.

While the legal implications of the alliance are still murky — states are not constitutionally allowed to join interstate compacts in some cases — the political ramifications are obvious. The Climate Alliance states are framing the effort as a way to resist the roadblocks Trump has thrown in front of environmental momentum, by pledging to stay on track for Paris agreement goals and Clean Power Plan commitments with or without presidential support.

“The President has already said climate change is a hoax, which is the exact opposite of virtually all scientific and worldwide opinion,” said California Governor Jerry Brown, in an announcement on the new alliance. “I don’t believe fighting reality is a good strategy — not for America, not for anybody.”