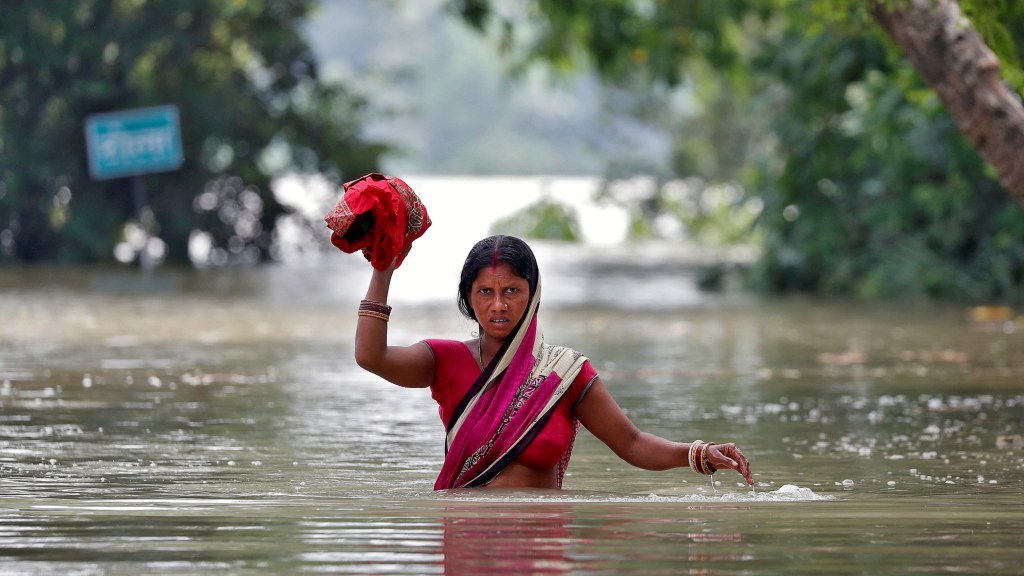 Monsoon rains have caused floods and landslides affecting 41 million people in Bangladesh, India, and Nepal, resulting in the death of more than 1,200 people.

Frequent floods in South Asia are common in the monsoon season between June and September. But this is “one of the most serious humanitarian crises” the region has seen in many years, according to Martin Faller, deputy regional director for the International Federation of Red Cross and Red Crescent Societies. Aid organizations are prioritizing food and shelter for stranded victims.

While the crisis has been going on since mid-August, the downpours have most recently come for Mumbai. Since Saturday, the city’s roads have flooded, schools have closed early, and flights have been canceled. India’s meteorological department warns that the heavy rains will likely continue in Mumbai until Aug. 31.

Urge the people of Mumbai and surrounding areas to stay safe & take all essential precautions in the wake of the heavy rain.